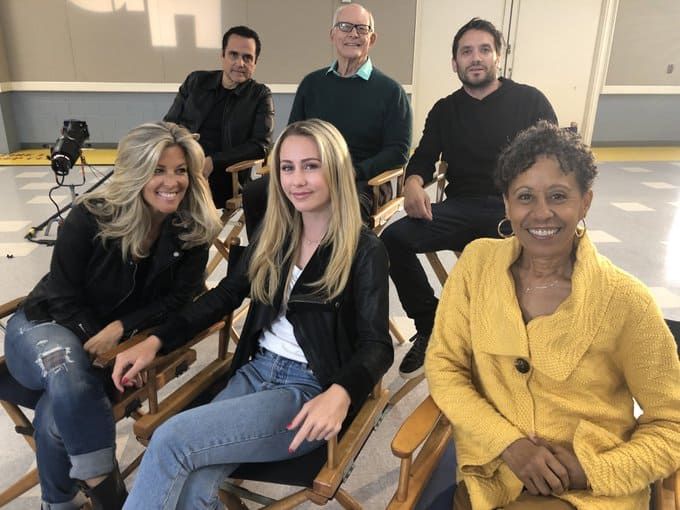 General Hospital fans are always excited about the many options going on with the throwback episodes that are going down these days. Right now, we get to end the week by going back in time, but only two years. We are taking it back to 2018 today, and it is a good one. This is a Nurses Ball situation in which we get to explore what is happening on many levels. We get to see what is going on with Curtis as he asks Jordan to marry him. This is one of those happy moments we all loved, yet one that is so scary in another manner. We cannot wait to see where this will go, but we also know and it might dim some of the happiness. Alexis is going to overhear Finn when he tells Anna that he still has feelings for her and hasn’t stopped. Sami s going to find that Faison’s lighter is in Peter’s office, and we all know how she feels about him. It will be a good one, and we cannot wait to get into it. But, we want to get into it with Peter. He’s relatively new, but he’s someone who is going to continue on.

It was only 2017 when he rolled into town, and he’s a man who had a lot on his plate at the time. He came into the General Hospital area working as a media publisher. He seemed legit, if a little sketchy when he showed up. But, the problem is that he’s a man who was hired by Jason and Sam — but not the real Jason; Drew — to head up their media campaign. He’s working alongside Nina and Maxie, but by alongside we mean he is hired as their boss and they are none too pleased by this. Lulu wants a job, but he tells her she needs to prove herself with something amazing, and he wants to use the entire Jason is really Jason and the other Jason is really Drew news to really peak things, but that doesn’t go down well with his bosses. You know, Jason/Drew and Sam.

When it was finally revealed that Peter is not Peter so much as he is Henrik Faison, the brother of Nathan — who everyone had only recently learned was the son of the veil Cesar Faison — everyone was shocked. We saw this coming since he was so devious and all of that, but the problem here was that he was a man who had some serious issues to get through. We think so much of this is that his father rejected him, sent him off, and wanted nothing to do with him despite the fact that he idolized his evil father. The problem was that he wanted a baby with Anna so he could be with her, and that didn’t work out for him.

Valentin’s role in All of This

Valentin knew the entire story, even when Faison did not. He know that when Anna was a spy, she had to seduce Faison one night to get some information from him, and she did that by sleeping with him. She became pregnant, and secretly gave birth asking this baby to be given to a loving family. She could not look at this baby knowing it belonged to this horrible man who was stalking her and was doing all he could to be with her. Valentin knew, he took the baby to Faison, and he stayed in the child’s life for a long time. Valentin spent much of his life being a total liar and hiding out and keeping these secrets, despite the fact that he, too, had some serious feelings for Anna — or her twin — at the time.

Peter was a young man with some big issues in his life, and he had no one to turn to or run to. Not that he’s a good guy right now, either. He’s a man with many issues, and many of those issues include the fact that he’s living a lie all his life. He’s still hiding so much from everyone, and there are so many questions about him.