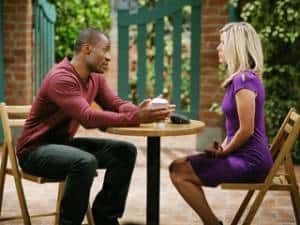 Frankly, I’m a little concerned for the state of my current favorite soap opera. It’s recently been announced that Ingo Rademacher (Jasper Jax) and Tyler Christopher (Nikolas Cassadine) have been let go from the show, although apparently Jax’s character will be left open to return in the future. Granted, Jax is being a little annoying lately about custody of Jocelyn, but I’ve been watching these guys on General Hospital since I was a teenager. Are these departures signs that ABC might be gearing up to cancel the long-running soap opera? Or is it just a matter of trimming the budget to ensure it keeps running?

That being said, the show must go on. ABC has released a trailer for General Hospital that would suggest a possible future relationship between Carly and Shawn. Originally, Shawn was hired by Jason to protect Jocelyn and Carly. While Carly’s warmed up to him, Jax doesn’t like the fact that he represents a constant threat to Jocelyn and has done whatever he can to try and get Shawn out of Carly and Jocelyn’s lives.

Now it looks like Carly and Shawn might be growing closer. Jax, of course, is not responding well to this potential new development. With Jax leaving General Hospital, could Shawn and Carly become a couple? View the promo below.