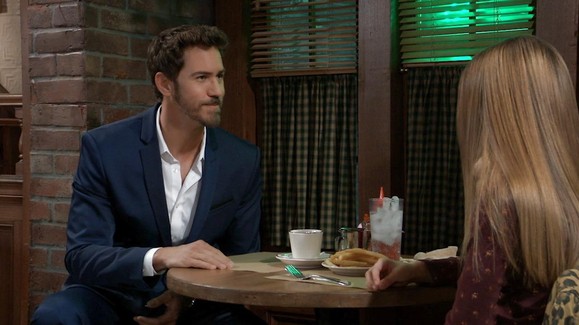 General Hospital fans know that there is little that Sam can do to stop what is going on, but that doesn’t mean she cannot use her great mind to come up with some very intelligent ideas. She’s the kind of woman who knows how it works and what she needs to do to get things to work in her favor, and she’s there right now. She’s got it all figured out. She’s got it all happening in her life, and she’s going to make sure that her loved ones and the little town she loves so much are safe and that they can make this better. She’s not allowing this to continue, she doesn’t care how much she has to work and what kind of danger she has to put herself through to make this work. It’s all too much for her right now without the ideas she’s got working.

Meanwhile, we also know that there is a lot going on with Valentin and his announcement, too. We’ve been interested in seeing how many things in his life can go wrong in the last few months, and it appears that we are just going to continue to see so much more of this as the days go on. He’s having a rough time of things, to be quite honest. He’s a man who has a situation to take care of, a woman who he wants to be with who seems to be making him miserable as she tries to get back at him herself, and so many other things going on. There’s a lot here, and we cannot wait to see more of it unfold for him as things in his life continue to fall apart. He’s not in a good place, and we love that right now. It’s working.

Will Finn and Anna’s relationship survive his involvement in the plan to bring down Peter? @GeneralHospital's Michael Easton on how becoming a dad has changed Finn https://t.co/JvUoXcvJLS

Valentin is not a man who has lived a very happy life. He’s had some bad things happen to him. He’s had some really dramatic things in his world. He’s had things not work for him. He’s had things that have been so ugly he had to have surgery to fix them, and he’s not been a man who has ever trusted anyone at any point in their lives. He’s been in a lot of really dark, really ugly, really tragic situations, which is why we are shocked that this is going to happen to him again. From what we understand, the weekend is going to be bring him to a place where his life is dark and terrible, and the turn it is about to take is one that he might not be able to come back from at this point. We cannot say for certain whether or not we think this will ever get better, but for now it seems like a bit mess.

Carly and Bobbie have to find some normalcy in the midst of all that is going on, which means that they are going to try and make some plans to spend some time together. That’s nice for them in more than one way, and we think that they will find some happiness with one another. They are so close, after all. Then there is Michael, who is nothing short of entirely suspicious. Something is off right now, and he can feel it. He knows it’s not right, and he’s not sure what the correct next step is for himself with all that’s going on.