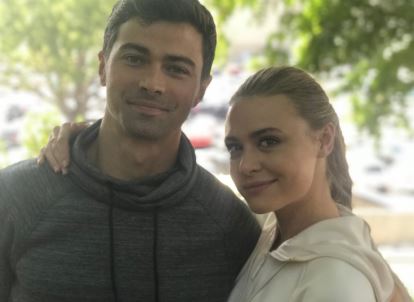 General Hospital fans began the week on an interesting note. We all watched as Sonny tried to bring Jason up to date on all that is going on in their lives, and it’s all just bad news as a whole. So much is happening in their lives, and there is not much they can do about that other than sit back and wait for things to finally come to light. Sonny is covering up a lot, handling a lot, and dealing with a few major family moments, and he’s not handling things to the best of his ability. Jason is here to help him, but even he might be limited to what he can do at this point. There’s just such a mess in his life right now, and very little that will make their lives any easier at this point. He has to handle this accordingly, and we don’t know that he has the energy to do it at this point.

Carly has some questions, and she’s not about to sit back and allow things to go undone and questions to remain unanswered in her life. She’s upset about more than you can imagine right now, and she’s going to get to the bottom of everything. She’s smart, and she’s going to find out that this is all a giant mess, and we have a feeling she’s going to fix it. Margaux, on the other hand, has an idea she knows what is going on, and she might not be entirely correct about it — but we suspect she’s closer to finding out the truth than we know. This could pose a major problem for some people, and it will certainly change some lives if she’s able to get done what she intends to get done.

We love birthdays, and we love getting to celebrate them along with our favorite people. This is one actress who has been making people feel good and bad about themselves for years, and we want to shout out to her the best of days. She’s in a place where she can make her own good times happen, but her fans can help her make that more possible with a little love on social media. Go ahead with it.

“You have some decisions to make about Oscar.” #GH55 pic.twitter.com/cYx36mD3KI

Michael has gone through a lot in the past year, and most of what he’s gone through was because of Nelle. He’s responsible for his own actions in every manner of speaking, but he’s also someone who has a big situation on his hands. He is someone who has to get this under control or he risks everything in his life. He has to apologize to his mother, and he has to make sure she is aware that what he did was wrong. She warned him more than once that what he was doing would turn out this way, but he felt he had to make that mistake on his own. By ignoring his mother’s warnings about Nelle, he ended up losing his baby, and he ended up getting his mother locked up in a mental institution for months. It was all bad.

Now he’s going to tell her just how sorry he is, and she will be very happy about it. Carly is a woman who only wants her kids to be happy, and she wants that for her son. She’s aware that nothing will change the fact that he’s lost a son or that he will never know what parenting is like (well, until that all comes to light) but he will feel better once he makes things right with her. In other news, we will see Jordan and Stella meet for a drink and a discussion, and we wonder where this is going to go. Will they make a discovery for this conversation, or will they not? We don’t know.