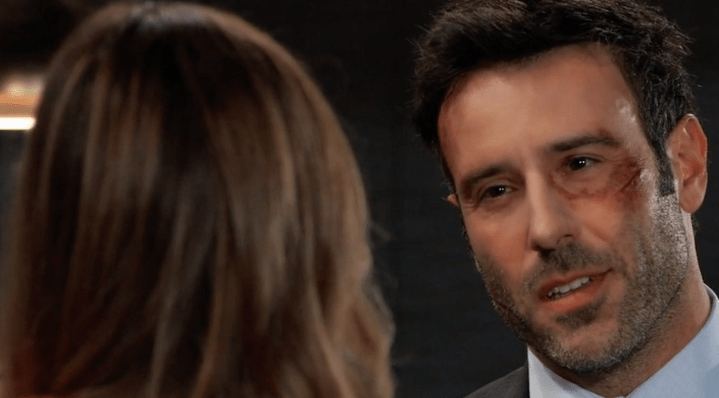 General Hospital fans had a rough week watching people live their lives. Sonny and Michael continue to find themselves in the middle of situations that don’t work for them. They find themselves in the middle of things that are kind of like a type of purgatory. They don’t quite know how to focus on anything other than the life they are living based completely on the past, but they also know that they have something else to focus on now that they have the future ahead of them. They are both struggling from so much loss, and they are looking for ways to get over it and to move on from it. It won’t be that easy, though. However, we also see Jason living a little bit of a troubled life, too. He’s watching Sam work this case to the death of her, and he cannot stop her.

Kim and Drew had an interesting week, too. She made a move on him, and that was not something we thought they should do. It doesn’t work for us, but we cannot help but think they should try something else in the meantime. We aren’t sure they can handle what is happening to them, but we also think there is a good chance she’s about to become a target for Shiloh. He showed up at her apartment after being summonsed there, and we think she needs to worry. The loss of her son is something that she is horrified about, and it’s something that she’s not sure she can focus on. There’s not much going on in her life, but there is nothing else that we can see working out in her favor. For now, though, we do think there is a chance that we can get this ironed out and we can see it improve.

#ICYMI: @LiptonWilliam, @SydneyMikayla, and @RealEdenMccoy answered all of your burning questions last week – live on Facebook! And William treated all of us to an acoustic rendition of his original song, "North Star."
CLICK TO WATCH: https://t.co/Jsyg2tUZBd #GH pic.twitter.com/DMD1Itvc2a

This is our new favorite photos.

It’s finally time for something we have all been waiting for so long now. It’s time for Sam and Jason to reconnect and spend time together. We have to admit that we are so excited about this one, and we cannot wait to see them in this new moment of theirs. They have so much to live for, and they have so much to work for. They are so happy together when they want to be, and we cannot wait to see them take this new relationship that’s so old for them and for their family and work on it. It’s something we don’t want to miss, but we fear that someone or something will come between them before they have a chance to get married and go back to the way they were – but only better this time around.

Chase is not happy, and he has a lot of concern on his plate. He had to arrest Willow because she did not do what she was meant to do, but he doesn’t want this. He knows that there is something bigger and more awful going on, and there is nothing he can do about it right now. He doesn’t have the evidence or the situation to handle it, and he’s not going to back down until he does. He’s not going to let Shiloh win, and he will go out of his way to make sure this doesn’t happen. But, how long will it be until he can get to that point in the process? Do we need to wait even longer?