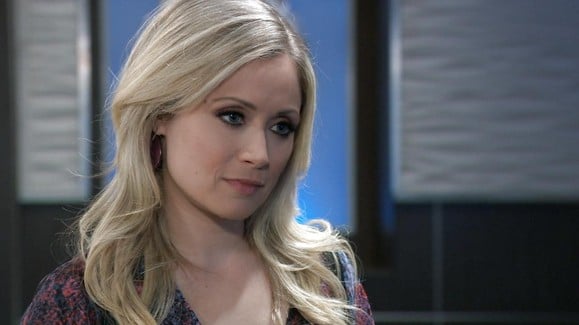 General Hospital fans know that Lucas is struggling. Things have been so bad for himself and for Brad in the past few months, and they aren’t getting any better. Just when we all think that there might be some hope for them and their lives, things like this happen and we remember that absolutely nothing good is coming of any of this, and it’s all too much for anyone and everyone to handle. We know that this is a bit too much, but it’s all being taken in stride. We like it, too. But, that’s not all. We also know that there is a lot more going on than we may realize. We know that Anna is bumping into Finn, and that is not going to be something cute. They are in a very awkward place right now, and none of their best efforts are allowing them to figure this one out easily.

Molly has some opinions of her own, and she’s not hesitating to make sure everyone can hear what she has to say, but it’s not going well for her at all. She’s been a victim of so many things, and she’s been the perpetrator behind just as many, and people just aren’t always going to listen to her when she has things of her own to say. She’s a mess, and we know it. But then there is Bobbie and there is Carly, and they are trying so hard to make some normal plans and find some normalcy in the midst of a time that is not normal and that is not going to be okay. Sam’s parole officer knows she met with Jason, and that’s not good news, either. She might end up in a lot more trouble because of it, and that does make us very nervous for everyone.

Can they ever catch a break?

"I think I'm remembering something from the night of the crash." #GH pic.twitter.com/WBrHivWjvC

There’s a lot going on right now, including the fact that Nelle is all up and present in the lives of so many people she likes to make miserable. But what is even more amazing is the fact that she is about to make her exit, though it will be discreet and it will be something no one sees coming. She’s got a plan, and she is not afraid to see it through and work it out in her own way. She’s a woman of many means now, and she’s using them to get what she wants and to get what she’s excited about. Sonny, on the other hand, is done. He’s doing all he can to stop all this from happening, and it’s not working. He has a warning to give, and he’s about to give it to the best of his ability. He’s done. He’s not playing games anymore, and he is not doing this for another second. He’s over it, and it’s time.

Curtis and Jordan were once in such a beautiful place, but that has ended, and now they are in a place where Curtis is going to confront Jordan with a lot of things that might not make much sense to anyone. He is sure that she knows something that she is not sharing with anyone else, and she did seem to know that things were not going to go well around herd. She told everyone to watch out and to focus on what was going on around them, but they didn’t listen. Now he needs to know what is going on and why this is happening to their families.