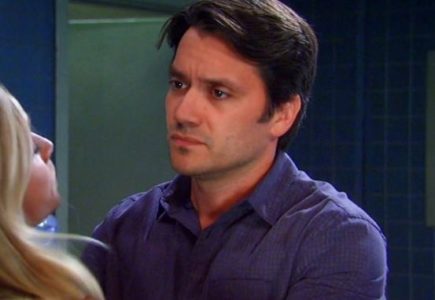 General Hospital fans know there is a lot of drama with baby’s and their fathers on this show pretty regularly. But what happens when Oscar finds out there might be a father he didn’t know about in his life? We know that Lulu is happier than ever to have Charlotte in her life since she is the girl’s legal mother, but now that Valentin’s charges were dropped and he is a free man, he will be a problem for them. He wants his little girl back, too, and Lulu doesn’t want that in the girl’s life. This is going to be ugly, but we think it might even be uglier than that.

We hear that there is a chance he might be Oscar’s father. We don’t know how this will turn out, what the storyline might be, or how it will all go down. What we do know is Dante is about to open up about his own past and the things that might have affected him when he was younger, and it might mean this is the entry point for this new storyline to emerge.

Could he have a son out there he didn’t know about? Could he have something going on in his life that might put his marriage and other issues in jeopardy? Could have a son that he never knew even existed until recently? He’s not the kind of man to abandon a child, so this is pretty interesting for us to consider right now.