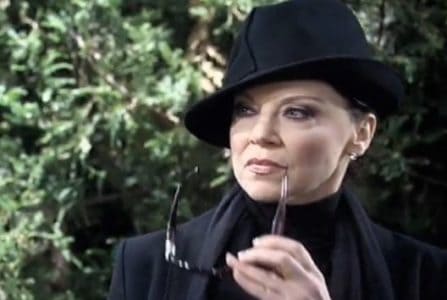 General Hospital fans know that Dr. Obrecht is doing whatever she can to get back at Hayden, and she’s managed to ruin her life for good. She’s gone now, and she’s not getting married. She won’t have her husband and her baby won’t have a father, and no one knows where she is. Her soon-to-be husband is terrified and upset with everyone, and things won’t ever be good for her again. But that’s not all. Now the doctor has to face the problem she’s created, which is Jared.

He wants money from her, and all she wants is for him to go away. It’s not a pretty picture being painted for anyone right now, but that’s all right. We hear that there is a good chance she’s about to see karma come in and do its job on her. She’s been making so many people so miserable for so long now, and we hear that it’s all coming back. Will it be Jared who gets her, or will something else happen?

Will there be another instance in which she’s gotten back with the help of karma, or will she have a different methodology to consider? We just don’t know what might happen, but we can’t wait to see it. Honestly it’s going to be one of the best things we’ve seen all week, and she’s not even going to know what hit her when it finally happens. Things are turning around for Finn, and this is one of those things he doesn’t even know about.