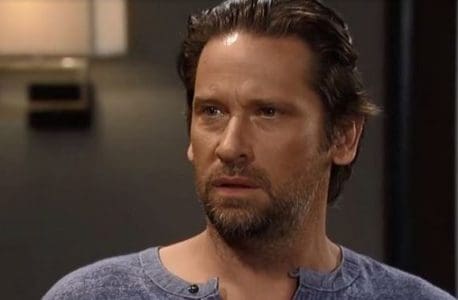 General Hospital fans were not entirely surprised when Franco was handed all the information he needed to fix the problem of the Jason’s. He knows which is the real Jason and which is not, and he decided not to bother telling anyone. He’s a liar, and he’s not making his case any better. He and the Jason’s are not friends, so he’s not feeling anything short of anger toward them. Even though he loves Liz and Jason is her best friend and her baby’s daddy, he’s lying.

And that’s not good. Especially since Liz is asking him to marry her. He wants to. He loves her. She loves him, and they want to be together, but we don’t see her spending the rest of her life with a man who would lie about something so serious to her and the people in her life. Her own son has no idea who his father is right now, and that’s bad news.

And when she finds out that Franco had the answers and chose not to do anything with them, that he chose to do the wrong thing and make the wrong move, she is going to be quite upset. She’s going to be furious, in fact. She’s not going to be happy at all that this is going on. She’s going to end things before she can even get the breath to say what she has to say. And Franco will finally learn to regret his decisions and his actions over this.