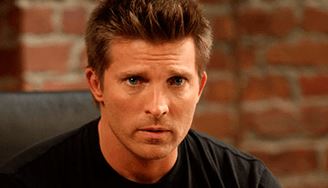 General Hospital fans know things are finally calming down in Port Charles. Liz is so happy that things are okay with her son right now, and she’s keeping Jason up to date on his wellbeing. But the problem is Jason is no satisfied with what’s going on. He needs more answers about his son, and he needs to find them now. Things aren’t going to improve in his mind until he is able to figure out how any of this happened in the first place, and how he can make sure it doesn’t happen again in the future. He has a lot to offer, but he has to find the answers to offer it.

Jason’s thought process is that Helena’s death means nothing. She might not have won this time around, but she was smart enough to program his son to do whatever she wanted him to do even after her death, and he knows this means she might have a secondary plan in action. Until he can figure this mystery out, it’s his opinion that Jake will never be safe and no one will ever be able to get through this unless they have something to work with. It’s not something he can handle right now, and he’s not willing to stop looking.

Jason will continue to look into Helena and her death. She’s dead as far as we know now, but that might change any day. There are always rumors of these things, and we all know no one is really dead when it comes to soaps. She does, after all, have quite the story line on the show right now for a woman who isn’t even alive — doesn’t she?