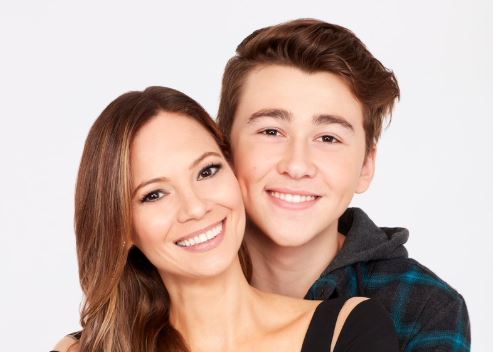 General Hospital fans need more this week. We have a week to go before the holidays arrive, and we just need more. We need more of what is going on with everyone. We need more of what we want to see with others. We need more, and we need it because we are struggling in a way we cannot even describe. You see, there are some problems happening right now. There are some problems that aren’t good. And we cannot tell you why. Sonny is mending fences and trying to help kids who need him. He’s a voice of reason for Oscar right now after he shut out his parents and told them he needed space. They are giving him space, but Sonny has to focus on what he can do to help this young man in the meantime. And it’s all for Josslyn, even if she hates him.

Then there is Kiki and her death. Everyone is just shocked and upset and unhappy and Ava is taking it worst of all. Laura is still upset about her husband being all kinds of crazy and taking off on their marriage to go try and get Ava to be with him, and things are falling apart. She had a heart-to-heart conversation with Lulu about it, and we think that might help her a bit. Nina, on the other hand, is a mess. She’s not in a good place, but we think she can be. We think she has the ability to find herself in a good place because she can get her life together. She’s giving Valentin a new chance, and that is good news. She will take that upon herself, and that will help everyone in the meantime. We think it can work, and we think it might be good.

Take it from @finolahughes & @japastu, our first ever #GH Fan Celebration at #Graceland will be an unforgettable weekend. @VisitGraceland #GH55
CLICK FOR TICKETS: https://t.co/Rmd3ei899W pic.twitter.com/KwOa5u9M2I

We just can’t with this one. it makes us feel good about all the things, and we are so good with that. General Hospital in Graceland might be our new favorite way to spend the holidays.

We are worried about Carly, and we think that you should be, too. You see, she confronted Kevin/Ryan, who is going around and killing people who annoy him. And Carly has annoyed him more than he thought was possible in the moment. She got in his face, confronted him, and said horrible things to him. She did not make this a situation that anyone can get their hands around in any way, and she did not make this easy. Now we suspect that she is at the top of his list of people to get rid of, and we do not have much else to say about that. There is really nothing that anyone can do without this man, and we think that this is going to be a big mess and her life could really be in danger. Maybe not right this second, but very soon.

Kim is fighting her feelings for Drew even though she’s got this thing with Julian. She is a mess right now, and it has a lot to do with how Drew is responding to their son — even though he only just found out recently that Oscar is his son. She’s in love with that, and she’s struggling since she didn’t do a good job of making things good for her own son. She messed up big time with Oscar, and she’s just sitting on the sidelines trying to give him the time he needs while also looking to find a way to get his situation in order. She’s feeling him a lot.