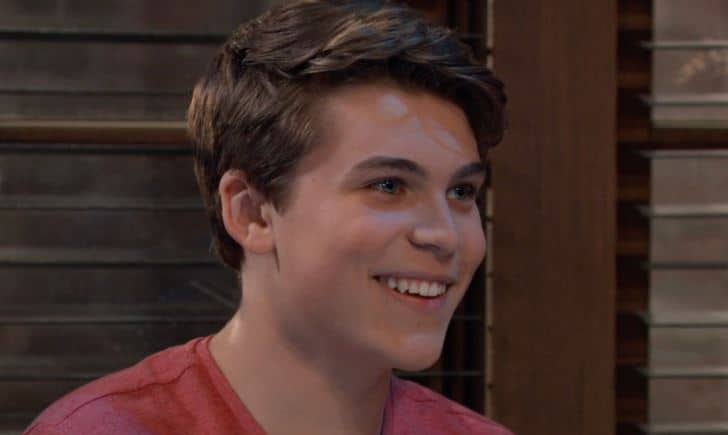 General Hospital fans know that there are so many things going on right now, but we are just focused on Sam and Jason and the surprise she had for him. They’ve been through so much since he came back from the place where he as being held captive yet no one knew it was happening to him. They’ve gone through all of it, and it’s been a real thing. But, they are back, better than ever, and killing it. And we are excited about all of that and more. They are going to prove to everyone that they are good enough to make it work, and we do appreciate that more than anything. She’s in this to win this, and we love that. But is he in it as much as she is? We think he might be more invested than she is, and that’s a beautiful thing, too. We hope that they can make this work for the long-haul. It’s all we want in life, to be quite honest.

Things are not making a lot of sense for Lucas, though, as he is looking for some answers. He’s got this little boy who is his own, but he’s not sure what to do to keep this baby safe. He knows that Willow already tried to get the baby back, and now he knows that Shiloh is after his son, and there is a paternity test and some problems to face. He has to find some answers so that he can find a way to keep his son and make this situation go away, but will he be able to find the answers he is looking for? Or will he find out something he didn’t see coming in any way? We can’t believe this might be happening.

Shiloh is a man who likes to get what he wants, and he’s not a man who is accustomed to finding out he cannot always have what he wants. His life is a situation that doesn’t make a lot of sense, and that is one thing that doesn’t work for him. He’s been arrested, he cannot find out more information about his son, and things ae working against him. He’s currently in a situation that feels quite new to him, which is that he is a man who is desperate. Considering the fact that he has never been in this situation before, we cannot figure out what might happen to him in this time. He’s a man who does have a lot to offer, but he needs to get it together. We cannot decide what we feel he might do as a result of his desperation right now.

Then there is Kristina, who is shaken beyond belief. She’s not going to have much else to feel in this moment, but we have a situation on our hands in which she is going to have to face. Perhaps her parents will be there for her. Jason and Drew are going to do what they promised to do. They have to honor what Oscar asked them to do, and they will not let them down. They will not dishonor his situation, and they will go through with this. We are happy about it, and we are glad that there is a chance that Oscar can fix their lives and handle what needs handling.