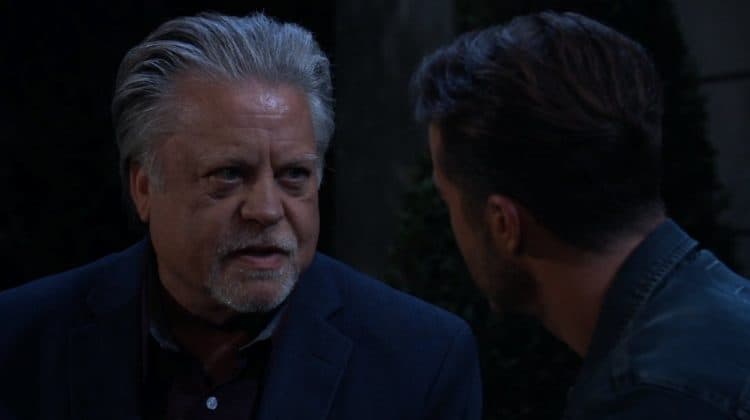 General Hospital fans are not that excited about a few things, including the fact that we can see Nina struggling. She needs a break. She’s had a rough go of things that are in her life lately, and she’s struggling. She might not be struggling as much as some people with some bigger problems, such as poor health and lost family, but she’s struggling. Her visit to her brother’s grave was a very big indication to us that she’s not living her best life at all. She is currently not in a place where the world is feeling good and things are going well for her, and we worry for her. We are also worried for Laura, who needs to know so many things. Her dead son is back in town and not looking to make any friends, and we think that Jax and Hayden are well aware of what is going on there.

Meanwhile, we know that Sam will continue to struggle, Jason will not know what to do in his life to help her, and things are simply not looking up for anyone in the moment. We know that this is a struggle for so many people, but we also know that there is not much else that they can do. We also worry about Ava and her situation. She’s a mess, but she seems to have some desire to change things and make something positive come out of her situation. She seems to want to be there for those in her life, but she seems to also want to know she can have a life. Julian has been there for her, but he’s also been there for his son and not for his son’s love. That’s a problem, too, but we will get more into that next week.

Wiley brings everyone together while Nelle plots in prison! @chloelanier @GeneralHospital #GH

"I don't want my mother to know that I am alive." #GH pic.twitter.com/jnZFquOKwr

We know that Nelle secretly got married while in prison, but we don’t know when or how that worked out. Now that she’s said that she has a dead husband who is leaving her a lot of money, we suspect that there might be a bit more to this story than meets the eye. We think that there might be some big things happening around here, and we think that she’s got some Quatermaine money coming to her. We also know that this is one family who will do anything and everything they can to make sure she never sees even a red cent of what she feels they owe her for her husband’s demise. Of course, there is nothing else going to work out for her since she did tell this to Martin, and Martin is a man who clearly works for Valentin.

This means Valentin is going into this week with some big issues in his life, and he might not even be able to focus on much else other than what is going on with one another. They have to assume he will use Nelle to get back at Michael for making sure that Sasha had support during the time she was caught and brought him down with her. But, what will this mean for the baby and all the information he still does not have about his family and the things that she did to him so long ago? We predict that it will be Valentin who learns the truth before anyone else and it won’t end well.