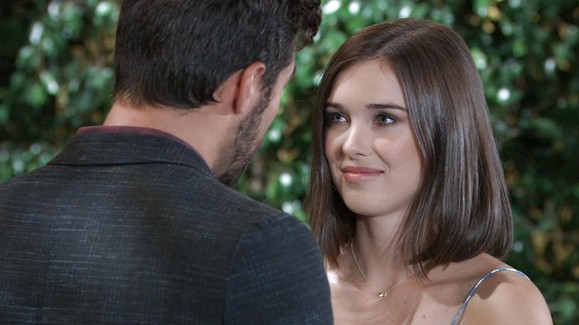 General Hospital fans know that things are taking a turn for Michael. Heâ€™s got his friends and his family around to support him, but there is so much going on that he cannot handle. Heâ€™s got his family there, which is so much more than someone like Nelle can say for herself, but we donâ€™t know where this is going and what this all means for any of them. They have some big issues in their lives that they have to handle, and we hope that being with his family is something that he can use to his advantage. Heâ€™s got to figure this out and to make sure that heâ€™s going to see the light at the end of the tunnel, and we think that things will eventually turn out to be a situation that works out a lot more for him and his son.

Lucy received a phone call that she did not see coming, and sheâ€™s figuring out how to handle that and deal with that right now. Sheâ€™s strong, so sheâ€™s fine with it. Sheâ€™s got this, but itâ€™s a minor inconvenience to her in this capacity. On the other hand, though, we know that there is more than this going on. We know that sheâ€™s got to find a way to make sure things are going to end in a positive manner. Sonny is in agony with all that is going on in his life, and heâ€™s struggling. His son. His father. Things arenâ€™t working out well for him. Olivia is upset, and nothing is about to calm her down in a quick manner. But, thatâ€™s something she has to deal with on her own in the moment. Sheâ€™s going to be just fine at the end of the day, in our opinion.

This should be a fun walk down memory lane!

Diane is going to do all she can to make sure that Michael is ready and prepared. They just donâ€™t know how this will go and what it will mean for him when itâ€™s all over, but sheâ€™s working hard. Sheâ€™s making sure he knows what to expect, how he should approach the questions asked of him, and how this is going to change his life. There is so much that might work out in his favor, but we donâ€™t know just how much they can expect to see happen from this. Carly has a question for Chase about things, and sheâ€™s not entirely happy. Will he come clean and tell her what is really going on and why he did what he did? Carly knows her own son wants to be with Sasha and that the darling Willow loves Chase, and Carly is just not sure how this all happened.

Nelle, on the other hand, might not be showing an ounce of her nerves. She seems just fine in her life and in her situation, and she is not doing anything that makes her look nervous or unprepared for any of this. Sheâ€™s got this in her world, and sheâ€™s taking care of it. Sheâ€™s making a grand entrance, and itâ€™s one that will make everyone feel a little intimidated and nervous about her life and about the way that things are going for her. Sheâ€™s making it seem as if she is confident and ready to take on the world, and sheâ€™s making some big changes in her world.