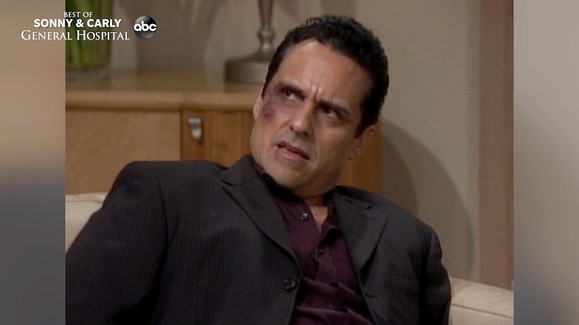 General Hospital fans are always looking for a good time, and Sonny and Carly never fail to bring one to the table. Today, we are taking it all the way back to 2013. This was during the time that Sonny was having some health issues with his mental health. We all know he suffers, and so did his son, and this was a time that we were talking a lot about him and what he was up to in those times. He was off his meds. He chose to get off of them, and that was nothing that Carly was happy about. She wanted him to continue to take the lithium, but he was not into it. It was nothing he was looking to do, but she was adamant. He was clearly spiraling out of control, and she needed to put a stop to this before it all got so much worse. So, with this in mind, we want to go back in time and check out Sonny’s health history and dissect that just a bit.

In case you didn’t know this about Sonny, he suffers from bipolar disorder. He’s a man who cannot control his mental state without the help of medication, and it was causing some problems for him for some time. You see, though, this is a real diagnosis for the man who plays Sonny. When Maurice Benard was diagnosed in real life, he decided it was in his best interest to go on with his life and to make it known that he is going to do this. He was suffering, he knew it, and they all knew that that had to help him. They decided to write it into the script and allow his character to do the same thing. From that point on, they did just that. There were times when Benard was not himself because he felt that he was suffering from a break, but he credits taking his medication in real life religiously for helping him stay on top of his diagnosis and his mental health state.

It was 2006 when the show wrote in his first mental break. They decided that he would have a situation in which he would spiral out of control, and that his family would have to help him out. They would have to recognize that he was not himself. They would then go on to make sure that things didn’t get worse, and they would get him the help that he needed. What he needed was a doctor to tell him what was wrong with him and put him on his medication. His meds worked well for him on the show, and that’s why he was able to become himself all over again. However, when this was being written into the show, Benard thought he was having a breakdown in his real life, too. The parallels between what he dealt with in his own real life and what his character was dealing with were so similar that he struggled a bit with that.

This one is a big one, and it happened years after he was first diagnosed. Thinking that things were better and that he did not have to use his medication anymore, Sonny decided to go off of it. While it was never spoken of, we always worked with the assumption that Sonny Corinthos felt that his diagnosis was something of a disaster for him. We always had the impression that this was a character who prides himself so much on his personal strength and his ability to handle things, and that this turned him into a man who felt that he might just be so strong he could overcome this. We always think that this might be the deep-rooted issue as to when he was able to stop taking his meds knowing that there was a chance. He didn’t see the chance, and he didn’t see the spiral. Thankfully, Carly did. She was able to get him back on track, though we know it took her some time and that there were some very tense and unfortunate moments between him going off the meds and spiraling out of control and his help.