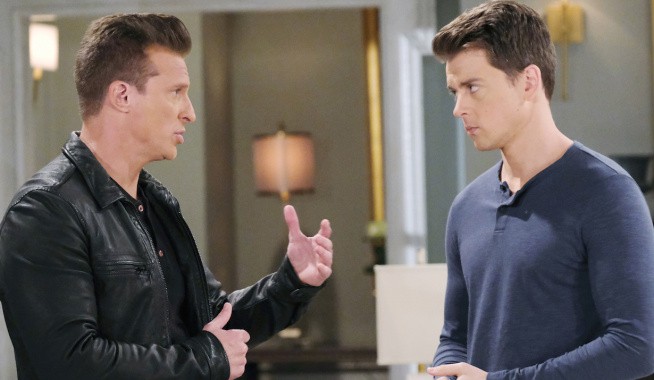 General Hospital fans know that grief can be a very terrible situation. This is a situation in which we will see some of that grief and how it manifested itself into the relationship between Sonny and Carly. You see, there was a lot going on around this time, and it was all a mess. We know that things didn’t work out so well between everyone around here, and that’s all right. We are going back on this day to 2016. It’s almost a year to the day after Sonny and Carly remarried, and it was one of the most tragic days of their lives. It was just after Morgan was killed in the bomb that exploded when he took Julian’s car. This was a tragic and unprecedented moment in time, and we all felt this one coming on strong. We all know that this is a situation that just doesn’t mean anything good. It was the first crack in the foundation of their marriage that would only allow for more cracks to form. This was the day that Carly blamed Sonny for Morgan’s death.

There was a lot going on at this time. Morgan was killed, and everyone was a mess. She was the biggest mess being his mother, but she didn’t cling to his father and love him harder and work through things. She placed blame. On one hand, Morgan suffered from the same mental health issue that his father suffered from. She almost felt that he should have recognized that their son was not having some good times. On the other hand, they all had their issues. She blamed him because their son was working with Julian to help take down Sonny after Morgan felt that Sonny betrayed him. He was done with his father after that, and things took a very ugly turn for the very worst. This was a rough time for all of them, and we don’t know how to say otherwise. Carly blamed him.

As things with Sonny and Carly were already a little precious, Nelle Benson turned up. She was allegedly the adopted sister of Carly’s, and she did not have very happy feelings about Carly. Because of her very unhappy feelings about her, she was not able to form a good relationship with her, and she decided to take matters into her own hands and ruin Carly’s life. The first thing she did was slip Sonny something that made him pass out, and then she set the stage to make him feel that he slept with her. She acted like she was all about keeping this mistake a secret, but she quickly outed him to Carly. This was horrible, and it went on for some time.

When things began to get even uglier, it was when Carly found out that her own son, Michael, was sleeping with Nelle. They were not really blood related, so it was all right for this to happen on a technicality. However, it was a mess and no one was happy about any of it. We know that she was horrified, and she was out of her mind thinking that there were more than a few ugly things going on with them. She found out that this young woman was brainwashing her son, basically, and she was horrified. Nelle lied to Michael. She played the victim. She had everyone in town thinking she was a lovely saint, and that worked out not very well for Carly. Then when Nelle was pregnant and Michael was the baby’s father, she lost it. Nelle put Carly in a situation that made it all seem like she pushed Nelle down the stairs and tried to kill the baby.

Carly didn’t, but even Sonny began to doubt her for a moment. She was no happy about Nelle, and she was getting a little crazy. It all worked out, though, when they all found out the truth about this nightmare of a young woman, but not before she was able to take their family and turn things into a total mess for all of them. This was bad times for everyone involved in all of this.