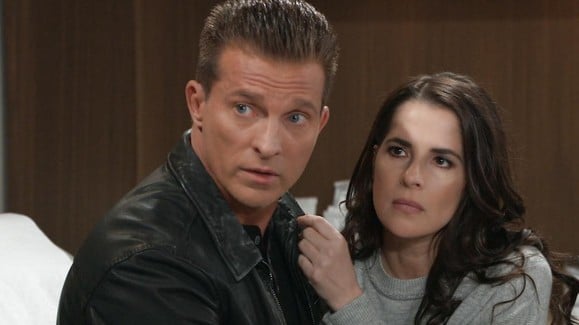 General Hospital fans aren’t sure that Peter is going to bond with Emma in a way that makes Maxie very happy. There might have been a time when she was all right with his, but she’s not really all that happy about what is going on with her boyfriend right now. She’s not entirely trusting of him at the moment, and that is a big deal for her. She’s got a lot on her mind, and we really do all understand that one. It’s a lot, to be quite honest. For now, though, we also know that there is a big deal going on with so many other people. We know that Spinelli is back and he knows that Peter is not the man for his ex, and he’s looking to see if he can fix this and maybe make his way back into her heart — even if we aren’t big fans of them together. We like him a lot better than Peter, to be clear.

Nina is a woman who has some serious issues going on in her life right now, but she has to find a way to get through this. She’s got plans, and things are not working out entirely in her favor right now. She’s a woman who has a lot more on her plate than she cares to admit, but we do think that she has to focus on a few things that might make things easier. She’s confiding in Ava, and that’s a questionable decision. We know that Ava has done a lot of growing lately, but she’s also done a few things that might not be so wise. She’s changing, but is it something that she can keep up? We aren’t entirely certain, but we do know that she’s different.

Get a backstage peek at how the incredible art is created for Ava's gallery on @GeneralHospital –> https://t.co/hrgdNkwoct #GH pic.twitter.com/0T0zVAS5JX

This is a really fascinating situation.

Sam has an idea that might help the way things are going right now, but who is going to work with her? We know that Jason is always on board with her and what she has in mind, but can they make this work and can they pull this off to get things back to normal? They are dealing with something that they have not had to deal with in quite some time, and that’s a problem that might not work for them. This is big time stuff, and they have to figure this out before someone else gets hurt and before it gets even worse than it already it. And, we have to admit this without bias, things have gotten pretty darn bad at this point. Beyond bad, if we are being totally honest.

Valentin has an announcement to make, and we are curious to hear what is going on in his life. He’s kind of floundering at this point as things in his life keep falling apart around him. He’s never appeared this much out of control and this outside of what is going on, and we cannot help but wonder if this is some kind of drastic situation that might just make him feel as if he is going to lose out on something important to him. Jax is encouraged. He feels that it’s the right time in his life to move on and move forward, but what will he want to take with him when he does this? Or, really, who?