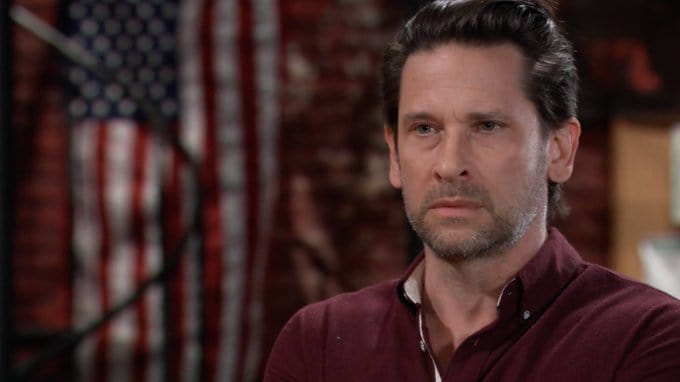 General Hospital fans knew that things with Carly would take a dangerous turn at some point, but we are horrified that they are this bad. Her entire past is being questioned right now, and she is not a fan. She’s done nothing wrong as it pertains to her son and his baby, and this is all Nelle’s fault. It’s easy to see that the woman who is the mother of this baby is the problem from the start, but she’s such a good liar and the court has to listen to both sides of this story as they are being told. Right now, they are looking to see who might be the better parent and the better option for this little boy, and they are looking into everyone and everything. Carly’s past is bad news for her son and grandson, and she’s not happy about this right now. She’s been dragged under the bus and out a few times, but this is too much for her right now.

On the other side of that is Michael, who is now being asked to defend himself and his actions. He has to sit here and find a way to make things work as a family, and he has to defend his own actions as a way to help him keep his son. He did everything to protect him and to make sure that Nelle could not hurt him again, and now he is being questioned. Meanwhile, we know that Sonny is a man who needs some answers, so he is out looking for those and looking for a way to make things right in his own life. This is not something that we can see happening in the short term, but we know that it is something we can appreciate.

We love a happy birthday!

"Of all the slimy, deceitful, underhanded moves… " #GH pic.twitter.com/zUKsGBkIeI

Nelle is a woman who will do anything and everything to get what she wants, and today is the day when she has to bring out the most Oscar-worthy performance of her life. She has to convince a courtroom that she is the best parent, that she did nothing wrong, and that she is the one who should get her son. She is going to pull out all the stops when she does this, and everyone will probably believe her. She’s a terrible person with terrible motives and terrible ideas, and they all know this, but yet not one of them has a clue how to stop her or how to make her figure things out. She’s going to be magnificent when she tells everyone how hurt and heartbroken she was to lose her baby, and she’s going to make this really bad for Michael.

Then there is Valentin, who has an announcement of his own to make. This cannot go well, honestly, and we cannot see this being something that will ever be all right with him. We know that he is not a good person, but he’s been spending too much time with Nelle lately for us not to believe that he’s done something very, very stupid in his life. He is the type, and we know this. We know that he is someone who does things that make little sense, and we know how bad this might be for everyone. But, that’s what it is right now. It’s a mess, and they al know this. Will this turn into something uglier?