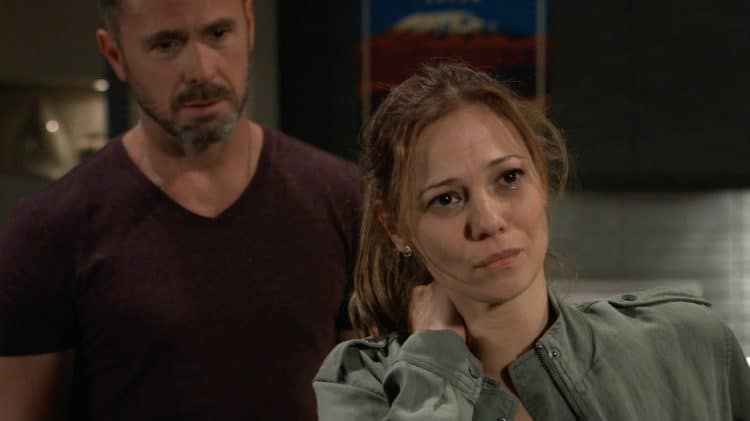 General Hospital fans would ordinarily be tuning in today to see what is going on this summer. It’s a few weeks before the start of summer — officially — and that means that we would be bringing you the news as to what you can expect throughout the season. We do it every season, and it’s how we roll. We like to keep you up to date on what to expect to keep you excited and get your brain moving, but we haven’t been able to do it all year, yet. It’s been real situation, and it’s been something we cannot wait to see. But, this year, we can’t do it. A year ago, we never would have imagined that there would be a time when production would be stopped and everyone would be home for months at a time, but the pandemic has done that. The world has changed, and no one can think of a time when we ever thought something like this was possible. It’s a mess, but we are getting through. Unfortunately, however, we have no summer spoilers for our favorite fans.

What we do have, though, is some news. We don’t know if it’s going to happen. We don’t know if it’s going to be shut down before it has time to start again, and we don’t know if there is a chance in the world that it will be officially approved or how it will work, but one tweet has done us in. It’s from the handsome Tristan Rogers, or Robert Scorpio as you know him.
“OK I think I’m lighting a fire here but I tend to do that. Production has been ok’d for June 12. And awwwaaaayyyywwweeee go.” He published to his twitter. The later clarified that what he meant by that was “production in general,” and that “Maybe I should have said that. But…..GH is part of that,” as a follow up.

What does this mean? Well, we think that this means that they are looking to get their cast and crew back into the offices on June 12. Does this mean that the writers will be back to work? Have they been working from home? We don’t see why they would not be working from home through this. They can write from home. They can meet online and over the phone to work on the scripts and whatnot. We would like to assume that they have been working from home, perhaps even doing table readings from home? Maybe even sending out scripts so that the cast has time to figure out what they’re doing and they can get back to work as efficiently and as quickly as possible? We don’t know for certain, but we can see that there is a good chance that the cast and the crew of GH will be back to work on June 12.

What does this mean for new episodes? Well, we don’t know that. we don’t know that it means they will begin filming right away or after some time. But, we do know that if they allow them to come back to work and do this, it means that we all get to see some new episodes soon. We’d like to think that they will begin airing this summer, but we simply don’t know. There is a lot that goes into filming and then editing the shows. However, it all depends on the state. The local county public health officers in every jurisdiction have the right to approve or deny the right for anyone to return to work in the production field, and that means there is always a chance that they might be denied this opportunity. It’s not ideal, but it is a situation that allows them to do things the way that they want to do them.

However, for now, we can assume that they will be back to work in a few days and that things might be airing brand new again in the near future. We hope it’s before summer is over, but will take what we can get right now. Not that we aren’t loving the flashbacks, but we want to see how things are going.