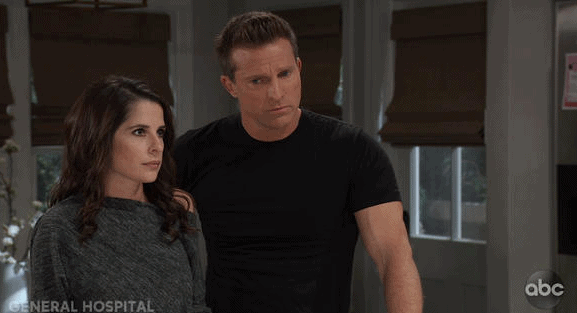 General Hospital fans know there is nothing better than a powerful actress in Port Charles. They are the women who make this show what it is. Sure, the men are great. But it’s the women who are working so hard to make things right, wrong, and everything in between. We love to see them take the scenes into their own hands and make things work in their favor, and we love to see them figure out where they are meant to be in their character’s lives. They feel more, they act more, and they make us believe they are the people they play on television. They are the force behind this show, and we have to name our favorite actresses. The choice was not an easy one, but we know that these are some of the very best of the best.

She might not be the woman who came onto the show and actually brought Carly to life, but she’s darn good at it. We love that the show chose to bring her on when they needed to bring a new face to the role, but we don’t want to make it sound like we don’t love the women that did this role before her. They were wonderful, but there is something about Wright that just fits the bill. She just gets the role. She’s able to make it her own, and she’s been able to turn it into something that fits her. She is Carly, and she almost makes it impossible for us to remember a time when she was not Carly. She’s been going back and forth with her feelings for a long time, but she’s also been good at things in her own life. She’s been able to turn herself into Carly, and she’s embraced the role of a powerful woman who still finds time for her family and all that this entails for her. She’s made some significant and wonderful advancements in her life and we appreciate her for that.

You don’t have to like Ava. We don’t. She’s not a very likable, very nice person. She does bad things. She is selfish, and she always puts herself before anyone else, which rarely works out for her if you ask us. She’s a woman with more problems than solutions, and she’s always in the middle of some sort of situation that requires her to make people feel horrible about their own lives. She’s got a long list of people who dislike her and want to see her fail, and we get that. She’s someone who makes her bed and she lies in it. But, she’s also amazing. She’s taken this role and created this character who is vile and awful, and she’s done it with ease. She’s made this situation her own. She’s turned this into something she’s able to focus on, and she’s made it possible for everyone to love her while they also hate her at the same time. She’s phenomenal.

Sam is not always super likable. She’s standoffish and she’s not all that nice. She’s not someone who easily makes friends. She trusts mostly no one, and she doesn’t make any apologies for her life and the way she’s living it. She’s not someone who is going to give herself up for any real reason other than that she has to make things right in her own life from time to time, but she is someone who will go out of her own way to make things right if it means something to the very few people who do care for her and have a place in her heart. She doesn’t make life easy for those around her, but she makes it possible for those around her to live their lives and find some happiness in what they are doing. She’s got issues, but she’s managed to make them work in her favor. But, she might never be someone we warm up to as a character. That’s what makes her so special. We love to hate her, and she’s done that kind of magic in her role. She’s the reason we all love this character too much.