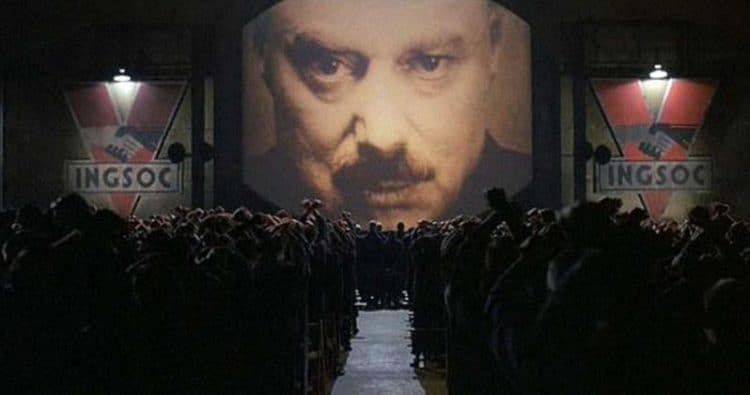 Right now it feels as though an updated version of George Orwell’s book 1984 will be a great idea that can shed some light on the current climate in America or will possibly make things appear to make sense and justify the direction that things appear to be going. It’s a matter of perspective when it comes to whether people think the world is headed straight towards Orwellian times, or it’s bound to even out now that Trump’s days as president are almost over and Biden’s inauguration is imminent. It’s insanely hard to say at this moment since too many people are giving voice to the fears that plague them with every waking moment as to what will happen when the transition comes and we have to deal with the next four years with a new president. The 5-part series will tackle the book in a slightly different way, but the core of the story will be there as government control is enough to terrify a lot of people that are hoping to never see such a broad and sweeping action that will reduce people to a group of like-minded individuals that are not allowed to think for themselves and are expected to be a part of the collective that will be operated and run by a single entity that will decide what is best for them. That sounds vaguely horrific, doesn’t it?

What’s amusing about the world we currently live in is that many people see this happening and continue to warn whoever will listen that either side wants this for the rest of the world, that they want total control and domination for their own reasons, and that they’ll stop at nothing to get it. One would hope this idea would remain a story and one that can be used for entertainment purposes as well as for cautionary use. It’s fair to say that some would want this world to fail, while others would fight against it tooth and nail, since being able to think as individuals is what helps to make humanity what it is, for better or for worse. One can only imagine how worked up some folks are going to get over this since unlike other programs, documentaries, and movies, this idea has been around for quite some time and it’s something that many people have been citing numerous times over the years in order to get people to pay attention and whip others into a frenzy about since that appears to be the goal of some folks. If things are too quiet, some folks need to spice it up by spewing propaganda, no matter if it’s completely false or has some truth to it in a very biased sort of way.

The thought of course is that this is entertainment and that people will take it as such since in this current era we know what’s fake and what’s not and can decide for ourselves what’s worth ascribing to and what we should probably just take for what it is. The trouble is that this isn’t a universal feeling that extends to everyone and there are plenty of people out there that will look at this series and begin to spew whatever rhetorical and ‘researched’ nonsense they want to pus their own agenda. There are still plenty of people who will watch the series for what it is, a compelling tale that shows how far humanity can fall and what can become of conformity, along with many other themes that people will gladly pull out once they’ve seen it. One has to wonder though if someone really is foolish enough to think of this series in a manner that will spark some sort of political debate that will turn into a raging inferno of opinion. The hope is that it won’t happen and people will be able to just let the idea roll on without feeling the need to move on it, but when it comes to people hearing what they want to hear and ignoring the rest the USA has become a bit of a rough place since people take off and do what they want at times without regards for others and what it might mean to them once they return to their place of work.

Of all the times to bring this series out, now is perhaps one of the best and the worst times given the fact that people are going to be talking about it quite a bit, and not all of the talk is bound to be friendly. On the other hand, getting folks talking might actually be a good step to take, since too little of that tends to go on anyway, and the common fear of a future that could affect everyone might be wise to take a look at.