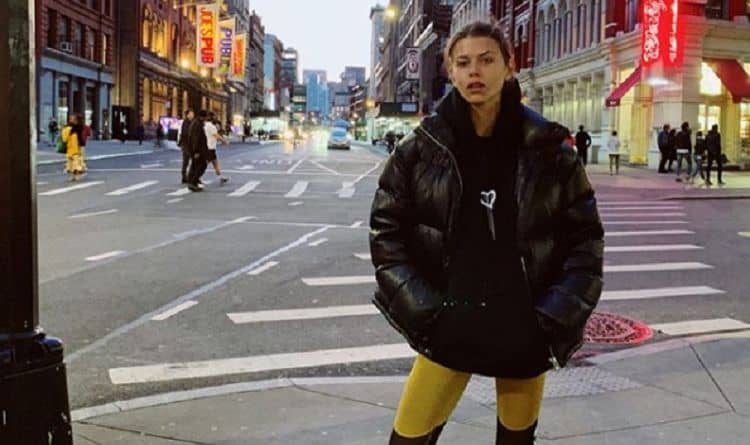 She’s a model, and she’s good at it. Georgia Fowler is a young woman who knows how to work it, and she’s been doing it for a while on the Victoria’s Secret Runway. Her exotic good looks got her started in the industry, but it’s her talent and her ability to work hard and show off how good she’s doing in her line of work that made her famous. A pretty face will take you pretty far in the modeling world, but only if you are willing to work hard and bring it to the table every chance you get. She’s been doing that, and she’s been making headlines since she got her start, and we all want to get to know more about her.

You hear of so many models hailing from counties such as Denmark and Switzerland with their beautiful blue eyes and their blonde hair and youthful beauty, and that almost makes Georgia Fowler more exotic with her dark hair and her bold eyes. She’s from New Zealand, where she was raised in Auckland and she was raised there with her family. She’s gorgeous, and she’s someone we loved watching get better.

2. Her Dad is Famous

Her dad is not someone who is unfamiliar with the world of fame and fortune, so he knows a bit about what his daughter is dealing with. He’s a famous golfer who spent his career making a name for himself in Australia. You might know him. His name is Peter Fowler. Her mother is Kim, her sister is Kate, and they both attended school where her father did his best work. It was a private school only for girls, and that’s where she got her education.

3. Victoria’s Secret Was Her Goal

When she was working on becoming a model, she always said that her ultimate goal was to work for Victoria’s Secret. Every show she walked in, every shoot she shot, she was working hard so that she could have the chance to model for the most famous brand in the world. It’s not that Victoria’s Secret is a high-end luxury designer brand or something like that, but they’ve made modeling famous. If you’re not working for them in some capacity, it’s like you’re not even working as a model in this world. She got her dream to work, but it took five years for her to get there.

In addition to working for Victoria’s Secret, Georgia Fowler has also modeled for some of the most impressive brands in the industry. She’s worked for labels like DKNY, Prada, and even Miu Miu. She’s also walked in shows for Kanye West and for Chanel. She’s been on the cover of magazines, and she’s been part of many different Fashion Week shows. She’s good at what she does, and it shows by the number of shows she books and the things she’s able to do.

Georgia Fowler does not meet any of the standards in place for so many models. So many assume they are starving themselves to look good in their clothes, but she’s someone who actually works hard to maintain her great body. She works out. She’s athletic enough that she can show off herself working out on her Instagram page, and she can also show off her muscles, which proves that she’s not just doing it for show.

She’s from the Down Under part of the world, and she’s asking for help from those who can give anything to the people in her country who are suffering so badly from the devastating wildfires that have taken so much from so many. They have destroyed entire towns and cities, natural preserves and forests, homes, and taken many lives. If you can help and you can donate or you can say a prayer, visit the link on her Instagram page to do just that. She will happily accept anything anyone has to offer in her country.

7. She’s Not Perfect, and She Admits It

If you take a look at her Instagram feed, it’s filled with flawless photos of her beautiful face. But, she doesn’t want that to make you feel horrible about yourself. She likes her fans and her friends and the people in her life to know that she is someone who takes ’40 selfies’ to get one shot. She is not perfect, she doesn’t look perfect all the time, and she’s just like you and me.

If there is one thing that she is, it’s a grateful person. She gets to spend her life traveling the world, walking in runway shows, and working with some of the most famous faces around, but she never forgets that she is a person with exceptional blessings in her life. She does not forget that she is very fortunate to live the life that she lives, to get to see the many things that she’s gotten to see, and that she has the ability to do so much in the world. She’s appreciative, and it makes us like her so much.

9. She Loves Friends in the Industry

Not only is she a woman who works hard, she also makes friends along the way. If you thought for a second that models don’t bother making friends in the business, you are wrong. She’s made a lot of friends doing what she’s done, and she’s made so many good friends worth celebrating. She loves to share photos of herself with her model friends, and her fans certainly love to see those, too.

She knows the importance of social media to her brand, but she doesn’t like to overshare. She’s said that she likes to keep a little bit of her life to herself, because it is her life and she doesn’t want to share all of it all the time with people. We like that about her, too.