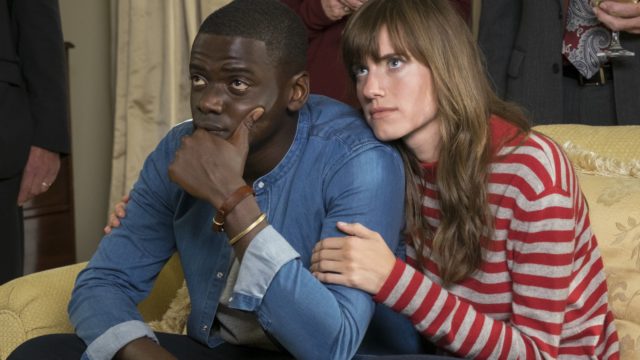 Get Out is a legitimately terrifying movie but it also doubles as a chilling social commentary on race.Â  However, with any serious movie there’s bound to be some playful humor attached to it.Â Â  Fans who like to get on the lighter side of things decided to undergo the #GetOutChallenge. The point of the challenge is to recreate a moment in the film where Chris (Daniel Kaluuya) goes outside to smoke a cigarette late at night while staying at his girlfriend’s parents’ house for the first time. Out of nowhere, the family’s groundskeeper Marcus (Marcus Henderson) comes running at him full force only to make a sharp turn at the very last second.

The film’s official Twitter account helpfully shared a GIF of the unsettling moment and issued the challenge to people.Â Â  I have to admit the results have been pretty hilarious.Â  With the exception of one guy clearly looking like he fell and got hurt, most of them have been pretty funny.

Below you’ll find the actual #Getoutchallenge video and below that all the people giving it a real college try:

Run for your life. Have you tried the #GetOutChallenge? pic.twitter.com/6piaiP1vMX