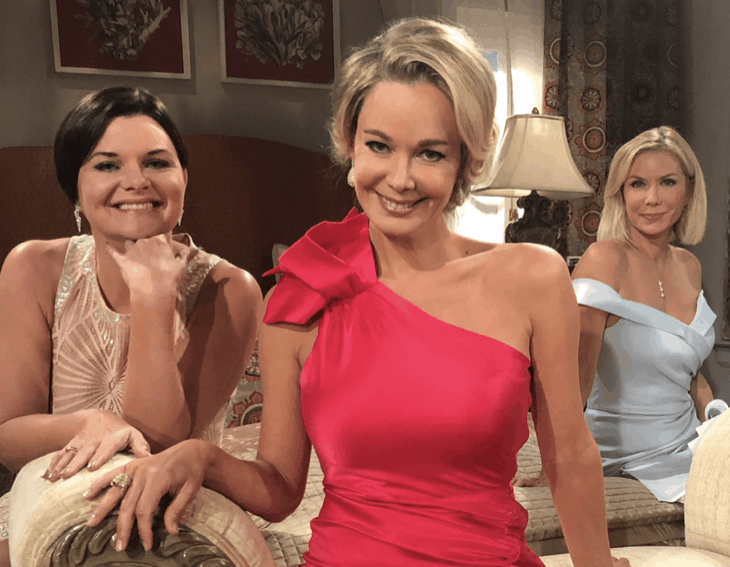 Bold and the Beautiful fans might not get to see much of Donna, but we do love when she’s around. She’s been a Logan sister for many years, and we all love that she’s here to grace the screen with her wit, wisdom, and talent, and we are so appreciative of that. But, it sometimes occurs to us that we know very little about Jennifer Gareis herself. She’s only been part of the show off and on as Donna since 2006, and she’s a staple. But, many fans have no idea that she’s been on other shows, too. She’s a woman of many talents, and we cannot wait to see her take on the role as it’s given to her in the new year, and we also want to get to know a bit more about the actress herself.

It’s not often you come across a person in Hollywood who not only went to college but graduated two times. We aren’t saying that Hollywood actors and actresses are not intelligent – they are very much so – but many people know from a young age what they want to do, and they don’t see the need to go to college for anything that might hinder their ability to show up for auditions and work on their craft. We respect that decision. However, Gareis is not one of the latter. She’s educated significantly. She graduated from Franklin and Marshall College with a BS in accounting. Then she went on to earn her MBA from Pepperdine University. We told you she’s educated.

The old adage that beauty and brains are two separate situations is so incorrect. This is a woman who has both, and she uses both to her advantage. She’s smart, and she’s beautiful, and she’s a former beauty queen. She first competed in 1992. She was the runner up in the Miss Pennsylvania USA Pageant. She then moved to New York City where she competed again in 1994, this time taking home the title of Miss New York USA. She went to the Miss USA pageant the same year. While she did not win the title, she did place in the top six, which is huge when there are enough women there to represent every other state in the nation.

She Was First an Actress on Another CBS Soap

It would be another three years before she would take on the role of actress in her life, though. She was first recognized as an actress when she landed a role on the ‘Young and the Restless’ as Grace Turner. She spent eight years in the role, departing in 2004. She came back in 2014 after nearly a decade away, but only to make a quick appearance. At this point, she was already a regular on her current show, ‘Bold and the Beautiful,’ as Donna. Donna is not a regular on the show, but she’s always got a job there as the actress gets to come back anytime there is Logan family drama – which is pretty regularly considering Brooke is a Logan and almost everything she does involves creating family drama of some sort.

Obviously, we don’t need to point this out. However, she’s hot, and she’s been recognized for her good looks. She was not only a former beauty queen, but also a woman who has been recognized by Maxim for being one of the hottest 100 women in the world. She took home the title of number 90, and that was in 2002 – nearly 8 years after she was a beauty queen for the last time. She was 32 at the time, which is just another mark against the fact that aging women are not insanely gorgeous (though we still disagree with the notion of being out of your 20s means you’re ‘aged’ in any capacity).

She’s A Married Mother of Two

Jennifer took on the role of wife back in 2010. She’s soon celebrating her 10th wedding anniversary with her husband, Bobby Ghassemieh. The couple shares two small children. Their son, Gavin, was born only three months after their wedding in 2010. Their daughter Sophia Rose, was born almost exactly two years later in 2012.