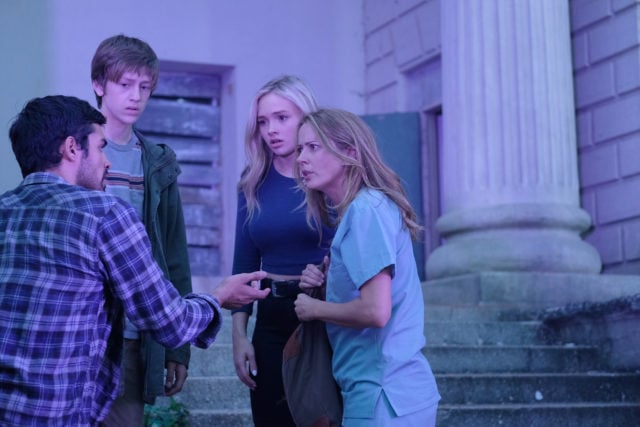 I wasn’t sure what to expect tuning in to the second episode ofÂ The Gifted.Â The premise set up in the pilot episode was intriguing, but I wasn’t sure what direction they’d go in. So far, they’ve embraced the nature of the X-Men films and told an excellent, fast paced story. They wasted no time integrated the Mutant Underground story with the family who has been affected by the Mutant-X gene, and the two not only fit well together but they sizzled in what turned out to be a “marvelous” (pun intended) episode.

Getting into specifics will be difficult because the episode flew by. It was jam-packed with action, but it was interspersed with little highlights of emotion and social commentary. The episode was divided into three pieces, and they were all exciting in their own way. The first piece was the dad, Reed Strucker, being questioned by the Sentinel Services officer Jace Turner. It was an artful illustration of how quickly things change when they become personal or you have a personal stake in them. Strucker had spent a long time prosecuting mutants, soÂ The GiftedÂ is beginning to tell the story of someone’s heart shifting to another perspective. The flashback at the bowling alley was particularly effective at illustrating where the character stood before and after finding out his children were mutants. In both cases, he does what he believes is right, but it’s interesting to watch that perception change.

Then there was inside the women’s prison with Polaris. The combination of mutant and normal women in prison together created this powerful contrast. They were simultaneously searching for allies within the prison and trying to figure out what they’ve really done wrong. There was a recurring theme in this episode of bullying and how it affects situations, and it illustrated that being tormented can be tantamount to being in prison. One of the most satisfying moments of the episode was Polaris, after receiving a heartbreaking, gut-wrenching kick to the stomach, was able to overcome the power-suppressing collar and chuck that bully against a wall (pinned behind a table). Everyone that’s ever been attacked unjustly for no reason silently clenched their fist, I’m sure. I know I did.

Finally, what worried some about this show after the first episode is that the cast would go to waste. I heard one critic ask if it was the best use of Amy Acker to make her a worried mom. But Acker quickly emerged from that situation, proving that you don’t need mutant powers to be in the center of the action. When Blink started accidentally opening portals, it was Acker’s Kate Strucker that sprung into action to save her life. Of course, her powerful children still kept the police and SWAT team at bay, but it was the non-powered human who really saved the day.

What made “rX” special was that it was exciting. It shifted back and forth between these three stories seamlessly and kept the pace moving. I wondered if the pace would slow after the pilot and I’m not sure how long they can keep it up, but either way it’s very entertaining.