Home
The Gifted
The Gifted Review: The Underground Faces “eXodus” 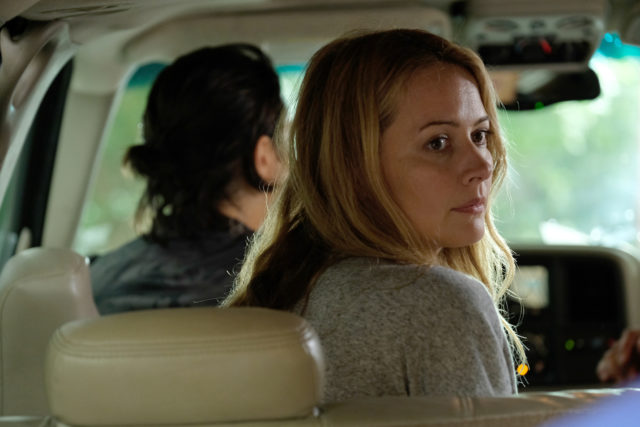 Though only three episodes into its freshman run, FOX’sÂ The GiftedÂ has proven to be one of the best new fall shows. The mix of mutant action, pulse-pounding excitement and family (both found and blood) related drama makes for the perfect cocktail of an entertaining television program. The issues they face are relevant, and the mutant twist add an extra layer to a compelling series.

Coming down from the action-high of the first two episodes presented a tough challenge forÂ The Gifted.Â They had to find a more delicate balancing act in the third installment, because while the first two episodes were exciting, this one needed to balance that well-executed action with more character building and substance. So, the Strucker family doubled down and began to figure out how to find and rescue Reed. Of course, unbeknownst to the family, Reed had sold his soul to try and find them. What follows is a strong character study on the Struckers, particularly Reed, and an excellent story of a family coming to terms with their circumstances.

I was worried that Reed would sell his soul after last week’s episode ended. Of course, they threw knife after knife into my stomach when Reed was going to screw over those innocent people. But the strongest story in this episode was Reed’s cathartic experience, leading him to rebel against Sentinel Services and get sent to a high security prison. For mutants. Even though he isn’t one.

Kate and the kids’ story was a twist on a story from an X-Men movie. Kate and the kids seek refuge and help from her brother, who obliges. In the X-Men movie this is ripped from, Bobby Drake’s brother turns them in to the authorities. This was a variation in the sense that both Kate’s brother and her son wanted to protect the Struckers, but their cousin screwed up and alerted the witch hunters in the neighborhood. That turned into a fantastic action sequence headlined by a mutant car chase. It was a wonderful sequence and I appreciated the homage to the original films.

Helping out others who are struggling and who are different than you has been a long running theme in X-men stories, but they really work in the DNA ofÂ The Gifted.Â There is found family, stories of discrimination and bullying and violence, and exciting, powerful displays. Really, this show has just about anything you could want, and I’m very excited to see how it continues.

The Struckers all make moves to try and reunite with one another, while the Mutant Underground tries to stop them on this week’s The Gifted