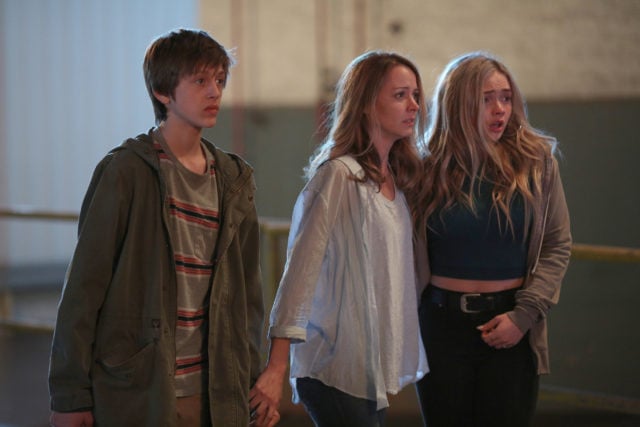 Fans have long been awaiting the premiere of FOX’s new X-Men based series,Â The Gifted.Â There was a lot of expectation and hype associated with this series, as it’s the first time the Mutant X-gene has made its way to the small screen. At the height of comic book popularity, this was the perfect time to bring a series like this to TV. After watching the pilot episode, filled with puns (get it, eXposed?) and Easter Eggs, I’m happy to report that so far, so good. I’ve been excited for this show since the first preview, and so far I am not disappointed.

For those of you not familiar, this is set in a time when the X-Men and the Brotherhood of Mutants are gone, and the Sentinel program has expanded into an entire police force. Mutants can get in a lot of trouble and don’t have the same rights as regular human beings. In the day and age we live in, it’s actually quite terrifying. The main characters consist of a Sentinel agent, a group of mutants hiding underground, and a family made up of both mutants and humans. There’s a delicate balance between their beliefs about mutants, as some of them are firm and others are forced to change.

One of the things that stood out in the premiere episode was how well the show was cast. Particularly, the Strucker family provided a compelling launching pad for the show. Stephen Moyer and Amy Acker were excellent as the parents of two mutant teenagers, but the real standout was Natalie Alyn Lind. I’ve seen Natalie take several supporting roles over the last few years (notably Silver St. Cloud inÂ GothamÂ and Dana inÂ The Goldbergs), all the while recognizing that she had leading lady potential. Ms. Lind absolutely makes good on that potential in this limited sampling ofÂ The Gifted.Â She’s sharp, poised beyond her years, and I believe every moment she’s in. Not only is she a complex teenage mutant, but she’s a troubled older sibling, and both of those roles she handles beautifully.

Pilot episodes are tricky because they have to try and explain what the rest of the series will be like. But when they air, the most important thing is that potential long-term viewers become quickly invested and continue to watch. That definitely happened. I’m 100% more interested in this show than I was before, because the premise and the cast really gel quickly and bring more intrigue to a new corner of the Marvel universe.

I’m intrigued, I’m excited, and I enjoyed being in the world ofÂ The GiftedÂ this week.I expect that I will continue to review this show for some time. This is easily one of the best new network shows.

What did you guys think? Did you enjoy the premiere? Will you be back? Let us know!

A family goes on the run from the Sentinel program and meets up with an underground group of mutants in this week’s excellent series premiere of The Gifted.