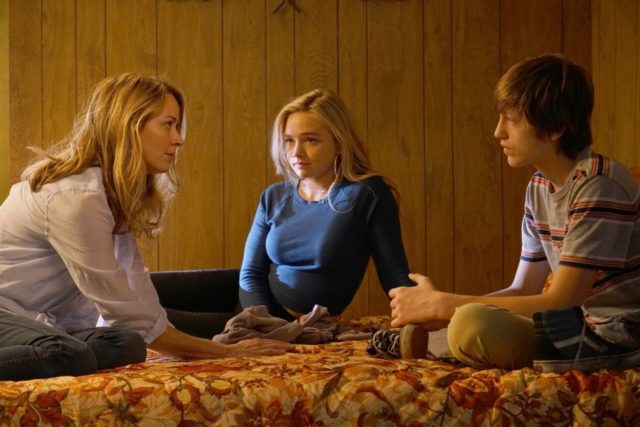 So one thing we can say about The Gifted is that it’s not another X-Men franchise. It’s connected to the X-Men universe so it might seem an odd thing to say, but it’s not going to leap into the waiting arms of the X-Men at the start of the season, if ever. In fact if you pay attention to the trailer one of the characters goes on to question if the X-Men even exist anymore. That kind of gives you the idea that while this series is set in modern times the X-Men could very well be dissolved as of now, or on hiatus, or possibly under intense scrutiny from the Sentinel forces that are shown to appear in the series.

Even worse, the father of the family works for the same service that has come to round up his kids, prompting him to take his whole family on the lamb after his two kids, Lauren and Andy, display mutant abilities. From there on it’s just a race to see how far and how fast they can go in an attempt to escape and find refuge anywhere that people won’t be trying to kill or detain them. As luck would have it they find a band of mutants that are also on the run, and are extremely powerful.

So far the show looks like it might be worth the wait and a gripping thrill ride that could cater to a lot of fans and a lot of people that either don’t know about the X-Men or don’t care. The story is definitely a tale all of its own but it holds to the source material in a way that allows it to bolster itself and remain a part of the same universe so that fans can pinpoint just what is going on and how things might progress. Far too often directors and producers will attempt to connect the dots through too much explanation and end up over-saturating a show before it ever gets off the ground.

Thankfully that doesn’t seem to be happening here as up until the incident that shows Andy losing control the Strucker family is well removed from the mutant troubles that have the others running for their lives. Once they are targeted however their father, who unfortunately works for the same force, sees no other option but to run. It’s a healthy removal from the comic books where families have been seen to either freeze in shock or acquiesce to the authorities, promising their kids that they will seek legal action even as they’re being carted off to some black site where they’ll never be heard from again.

That’s what I like so far, Reed and Amy Strucker don’t waste time, they just RUN. It’s not the best option obviously but it eventually takes them into the uncertain company of a band of mutants that have the power to protect them at the very least. The only issue will be when they find out that Reed used to be one of the people that hunted them.

It’s looking like an awesome show thus far, and personally I can’t wait to see it.