Home
Dancing With The Stars
Gilles Marini finds his voice

He models. He showers. He dances. And now — he sings.

Gilles Marini, the heartthrob second-place winner in last season’s Dancing With the Stars, told Access Hollywood that he is working on a debut album of romantic ballads and soft-rock songs. He hopes the album will be available by Thanksgiving and said he was working with some ‘very famous’producers and songwriters.

Marini first caught the attention of the world when he played Samantha’s neighbor Dante in the 2008 Sex and the City movie, where he appeared in a famous nude shower scene. Many people expected him to win his season of Dancing With the Stars, where he was partnered with Cheryl Burke and received several perfect scores for his dances — not to mention swoons from judge Carrie Ann Inaba – but to the surprise of a lot of fans, he came in second, after Olympic gymnast Shawn Johnson.

In addition to his album, Marini has some other projects in the works. He will be a guest star on Brothers and Sisters, playing — what else — a romantic role. He also recently completed work on a 2010 wall calendar, featuring beautifully shot black-and-white photographs of himself, wearing only a token amount of clothes.

Marini was born in France in 1976. His father was a baker, and young Gilles worked in the bakery from childhood through high school. After high school, he joined the Army. When he was stationed in Paris, he met Fred Goudon, the photographer who introduced him to modeling, and who, fifteen years later, shot the pictures for the 2010 calendar.

Will the actor known for being eye candy turn out to be ear candy as well? If his voice is as sexy as his bod, a lot of his fans will be singing a very happy song indeed.

You can see calendar photos and outtakes at the Huffington Post (some of which are almost not safe for work). 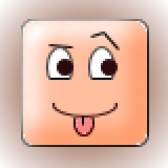 Ms Terri writes the LOST for a reason blog, where she posts little tidbits of Lostaliciousness. You can follow her on Twitter.