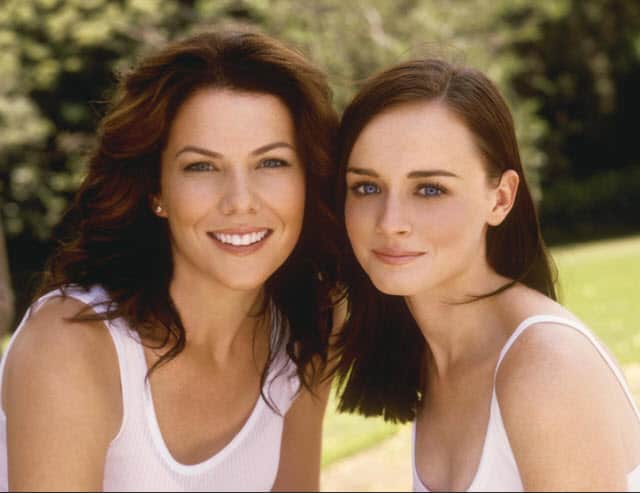 At this rate, a Gilmore Girls movie can’t be too far behind, can it?

Just whenÂ fans of the hit WB series thought things couldn’t get any better after all seven-seasons’ worth of episodes landed on Netflix, organizers of the ATX Television FestivalÂ announced today that aÂ Gilmore GirlsÂ reunion panel featuring stars Lauren Graham and Alexis Bledel, as well asÂ series creator Amy Sherman-Palladino, is set forÂ this coming year’s event, which will take place in Austin, Texas in June 2015. No specific date is available yet, but it is confimred that the Gilmore Girls panel will definitely be happening sometime during the four days, June 4-7, of the television festival.

So with all this awesome Gilmore Girls news, a movie has to be happening sometime soon, right? Or maybe a continuation of the series? It’s a possibility, but fans shouldn’t get too excited.

“I’m always conflicted about [aÂ GilmoreÂ reunion],” series star Lauren GrahamÂ told E! News.Â “It wasn’t a satisfying ending. And with all this time that’s gone by, would you actually feel disappointed because it wouldn’t be the thing you’d wanted all this time? I don’t know.”

In addition to the Gilmore Girls reunion, another WB show is also getting a reunion at ATX Fest:Â Dawson’s Creek. It has been confirmed thatÂ one of the festival’s Writers’ Room Reunion panels will be Dawson’s Creek-themed, with series creator Kevin Williamson, showrunner Greg Berlanti and other Dawson’sÂ writers, includingÂ Jenny Bicks, Julie Plec, Rob Thomas, Liz Tigelaar, Paul Stupin, Rina Mimoun, Maggie Friedman, Anna Fricke, and Dana Baratta, all scheduled to be in attendance.

Photo via The WB