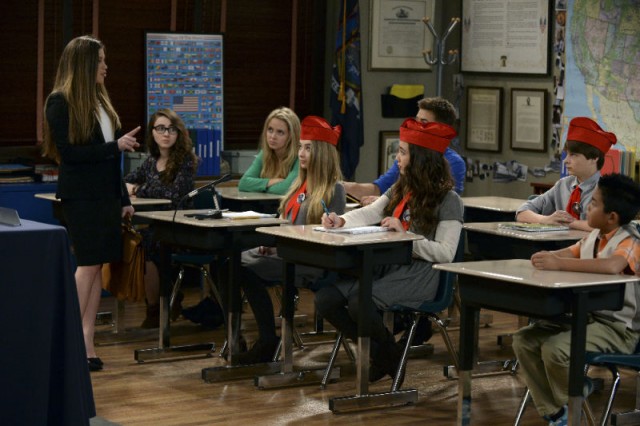 The nice thing about Girl Meets World is that it doesn’t live in a fantasy world where kids are perfect and don’t make serious mistakes. Kids lie, and cheat, and try to cover it up. Adults do that too, but let’s stick to the generation we can actually get to stop behaving badly.

Riley has been cheating off of Farkle. Now they must stand in front of the Honor Board and face their punishment. Unfortunately Riley is on the Honor Board and she refuses to punish her best friend. Cory tries to let Riley make her own decision about punishing her friends, and she makes the wrong one by choosing her friends. Lucas is the only one who stands with Cory on this.

Cory takes this opportunity to teach the class about Communism. As we all know, it was a great idea in theory, but not so good in practice. The all for the collective mindset where everything is equal doesn’t always work out well in terms of motivating people to reach their highest potential. Cory’s lesson goes askew and Riley and Maya become Communists. Luckily the Honor Board won’t back down. Topanga takes over the case, but it’s not clear who she’s representing. I’ll go ahead and say that Topanga is on the side of justice, even if that means she may not like the answers the case provides. The premise of Topanga’s legal argument stems from the fact that Maya doesn’t sit near Farkle in class, so would need Riley to willingly duck down so that Maya would be able to see Farkle’s answers.. Riley sees what she did as helping her friends, but making herself an accomplice to other people’s wrongs doesn’t make her any less wrong. Cory does eventually get Farkle, Riley, and Maya to figure out that democracy means being an individual is important.

In the meantime Topanga (whose portrayer Danielle Fishel pulls double duty this week as actress and director) tries to teach Auggie that worthwhile things take hard work. Everything going on with Riley gives Auggie the idea that he can skip over the hard work portion of his life and is ready to be a lawyer like his mother. First rule of being a lawyer, don’t be the one to rat out your client. When you’re an adult and you do that, you either run or get disbarred. When you’re a little boy against a bully and you do that, you dress up like your mother. He’s 6, there’s still time to mold him into an individual.

Every episode of Girl Meets World is educational, but these kids were already so unique, I’m not sure it was necessary to start a story about being the same as each other.

This week’s Girl Meets World teaches the kids how important motivation is in shaping who you become. 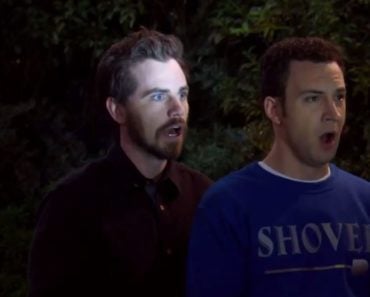