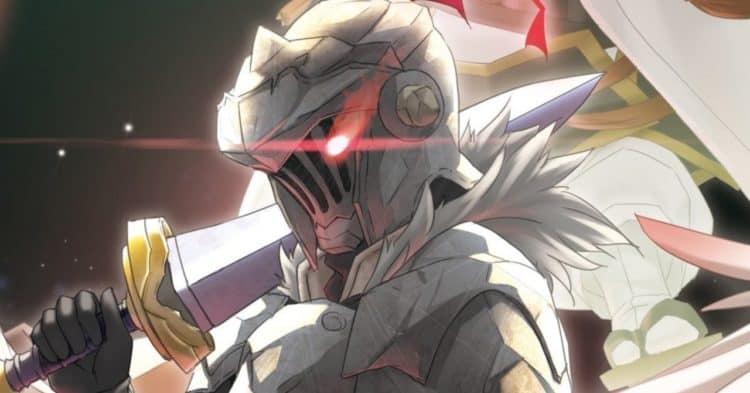 Goblin Slayer started out as a series of Japanese light novels before becoming successful enough to receive a manga as well as an anime. For context, the first volume came out in February of 2016. After which, the manga started up in June of 2016 while the anime started up in October of 2018. As such, it seems reasonable to say that Goblin Slayer managed to build up a fair amount of momentum within a short period of time. Content-wise, Goblin Slayer can be considered dark fantasy. However, dark fantasy is a very generic term, meaning that it can encompass a wide range of works that combine fantasy elements with scary or otherwise unsettling themes. Sometimes, dark fantasy can be serious in nature. Other times, dark fantasy earns the label of dark fantasy by emphasizing sex and violence.

In any case, Goblin Slayer has a generic fantasy setting of the sort that has managed to become very common in anime and anime-adjacent media aimed at a young male audience. As a result, there are adventurers who fight monsters in exchange for payment. Goblin Slayer runs with the idea that higher-ranked adventurers are occupied with fighting more powerful monsters, with the result that lower-ranked adventurers are often pitted against goblins, which are much more dangerous than what their general reputation would indicate. What makes Goblin Slayer notorious is that it shows goblins capturing women before raping them to produce more goblins, thus explaining the earlier statement about sex and violence.

Regardless, the series is centered on character called Goblin Slayer and nothing but Goblin Slayer. Said individual is someone who survived a goblin attack on his village, with the result that he was traumatized by watching goblins rape and murder his older sister. As a result, Goblin Slayer became an adventurer who is interested goblin-hunting missions and only goblin-hunting missions, though he has been known to take on other kinds of missions as well. Besides this, said individual is characterized by his ruthlessness when goblin-hunting as well as his willingness to use unimpressive-looking equipment. In particular, Goblin Slayer kills every goblin that he encounters, which includes the children.

Of course, there are other characters who become notable in the story. For instance, Priestess is a new adventurer whose first adventure goes very poorly, thus introducing the viewers to exactly what the viewers do in the setting. She is lucky in that she gets rescued by Goblin Slayer, with the result that the two go on to form a new party. Other party members include High Elf Archer, Dwarf Shaman, and Lizard Priest. Besides them, there are also supporting characters such as Cow Girl and Guild Girl.

Will There Be a Season 2 of Goblin Slayer?

What determines whether a particular anime will receive another season or another can be very simple as well as very complex. Essentially, the relevant parties will produce more seasons if they believe that will be beneficial for the franchise as a whole from a financial perspective. However, it is very difficult for outsiders to figure out whether producing more seasons will be beneficial or not because they are working with limited information.

For starters, animated adaptations have an extra consideration that original anime do not. Generally speaking, animation studios can create original material for such works. However, that takes extra time and effort. Furthermore, that can irritate the consumers, particularly those who choose to watch animated adaptations because they are familiar with the source material. As such, animated studios tend to avoid putting out too much original material in preference for adapting the source material, meaning that they can’t produce more seasons unless there is enough source material to support that. For Goblin Slayer, that shouldn’t be an issue. After all, there have been fourteen volumes of the light novel released so far, with a fifteenth volume expected to come out in September of 2021. As such, there is a lot of source material that can be turned into further seasons of the anime.

Moving on, the cost-benefit ratio of producing another reason is difficult to determine from the outside. We have the approximate sales figures for the anime volumes, which aren’t particularly impressive. Three to four thousands aren’t bad, but they are far from being the best of the best. The problem is that anime sales are relatively minor in the grand scheme things because there are also merchandise sales, the effect on the source material, and the effect on the other adaptations to consider. In that regard, Goblin Slayer seems to have been doing fine. Generally speaking, a couple of spin-off light novels plus not one, not two, but three manga suggest that there is a fair amount of interest from the target consumers. As such, chances are good that interested individuals would expect Goblin Slayer to receive a second season, particularly since it received a movie that came out in 2020.

What Do We Know about Season 2 of Goblin Slayer?

Thing is – interested individuals don’t need to guess. This is because a second season of Goblin Slayer was confirmed at a livestream held by the publisher GA Bunko in January of 2021. It hasn’t been revealed when the new season will come out. However, the timing of the reveal suggests that this will happen in either late 2021 or early 2022. As for what the second season of Goblin Slayer will cover, that isn’t too difficult to guess. The first season covered the first four volumes of the light novels. Furthermore, the movie covered the fifth volume of the light novels. As a result, it seems reasonable to say that the second season will cover the light novels from the sixth volume onwards. If the second season is the same as its predecessor, it will cover the sixth to the tenth volumes. However, it isn’t uncommon for anime seasons to differ in this regard, meaning that it could wind up covering either more or less. Besides this, the second season of Goblin Slayer is likely to see both the cast and the crew for its predecessor reunite. Continuity is a big concern for the targeted consumers, so big changes tend not to happen without something major going on behind the scenes. It isn’t impossible for that to happen, but so far, there have been no indications of that happening.