Home
TV News
Is There Going to be a Thessalhydra in Stranger Things Season 3? 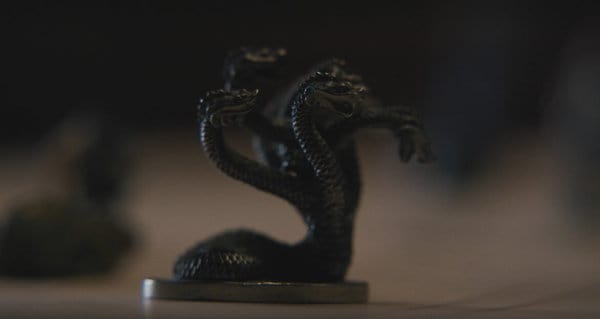 If there is a Thessalhydra in Stranger Things season 3, and who knows there could be, then it could possibly emerge as an enforcer creature or even the worst of the bunch. The former seems more likely if the creators are keeping to the idea that the monsters that emerge from the Upside Down are only getting steadily worse. Keep in mind that in the first season Demogorgon was absolutely horrifying, while the Dem-dogs and the Mind Flayer in the second season were just completely overwhelming. But all in all those creatures were more like shock troops and a sinister commander of the type of forces that the Upside Down seems capable of producing. So far the general idea is that as bad as something seems, there’s always bound to be something worse.

The Thessalhydra is a multi-headed creature that resembles a hydra but has one very distinctive feature. Instead of a gaggle of heads supported by a small forest of muscular necks jutting from the creature’s body, the Thessalhydra, as seen in D&D, features eight heads, the number can vary, that circle around a wide, central maw within the top of the creature’s body. Now picture that in your mind and think about what it could do to Hawkins and anyone that came within reach of it. That’s the kind of creature in D&D that characters tend to run from or die attempting to defeat, based on the actions of the DM. In Stranger Things though it seems like Eleven, who held her own against the Mind Flayer, might be a bit overwhelmed when it comes to a Thessalhydra. Awesome as she is, and she is no doubt, her powers would still be less likely to stand up to the brute force of something that could possibly make the Mind Flayer look ineffective simply because it would be the type of creature to trample, tear, and rip its opponents apart rather than play games with them.

If there’s any truth to the rumors of a Thessalhydra coming to Stranger Things then Hawkins would be in a great deal of trouble. The biggest difference between a mind flayer and a thessalhydra in D&D, besides their size difference, is that a mind flayer is not a normal combatant. They typically seek to affect the mind of their target and don’t often move in close until their opponent is subdued. Any type of hydra within the game is a fighter, a physical powerhouse that can either trample, tear, bite, claw, or affect an opponent with a breath weapon if they happen to be the kind that possess such a weapon. Depending on what the creators the show want to do a Thessalhydra could be very serious news indeed if such a thing was to be incorporated into Stranger Things.

It’s easy to think that the boys, Hopper, and even Eleven would have to realize that they had finally been given no option but to run.