Home
Entertainment
Gollum Sings “The Scatman” Thanks to AI Technology 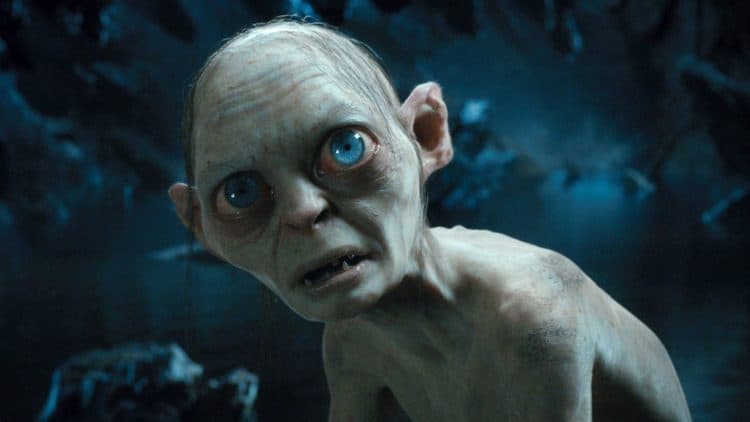 One of the most amazing parts of this video is that it just happens to work and one can almost feel that Gollum might be the perfect character to pull this off, but that would require a person to stop laughing once they saw it first since it is a pretty comical sight. It’s a good bet that a lot of people actually forgot about this song despite the fact that scat singing has been around for quite some time and it’s been fairly popular since many musicians have used it to great effect. But the AI technology that makes this possible, despite not being one hundred percent perfect, is still impressive since just taking a few scenes and injecting the song into them did manage to make something that was kind of unique and should be able to get a good laugh. When a person thinks about it, the use of Gollum is probably one of the best ideas as well since among the many characters in LOTR he’s one of those that you can either laugh at, feel sorry, or be disgusted with since he’s a little more complicated when it comes to how people feel about him. Some might pity Gollum, while others would gladly say that he brought a lot of his life on himself.

When one really sits down to think about it Gollum, Smeagol, whatever you want to call him, might not have been that good of a person to start with since the ring of power tended to find the worst aspect of a person and built around it as much as possible in order to tear that person down and expose their base self. In Smeagol’s case, this is Gollum since before he even took the ring he killed his best friend to do it, and afterward, he was shunned by his own people for the things he did. After that, the ring’s job was fairly simple since Smeagol had nothing left and the turn to Gollum was about as easy as anything could be. But given the fact that the ring had a mind of its own so to speak, it obviously didn’t think it could do better than Gollum when finding a host since all that surrounded Gollum were orcs, goblins, and the occasional fish. When Bilbo came along though it was like a touch of destiny, and the ring managed to find its way into the hands of the hobbit and from there would find itself embroiled in a journey that would eventually take it back to the place where it was created. Similar to a Horcrux from Harry Potter, it was able to affect those that were within the vicinity. Unlike said Horcrux, it couldn’t really act on its own and was far easier to destroy as Gollum proved when he and the ring sank into the fires of Mt. Doom.

The fact that there was even a glint of a redemption arc for Gollum is proof that Frodo was definitely an altruist and didn’t want to simply see the evil that Smeagol had allowed to fester, but it was also a very naive viewpoint since for five hundred years the ring worked Smeagol’s mind back and forth, and after half a millennia it’s typically fair to say that a person will have gone too far to ever come back. Smeagol might have regained his name and a bit of jovial nature, but the evil that the ring had bolstered went straight to his core and wasn’t something that could be expunged that easily. But I’m getting a little away from the whole scat singing part of the article since the act of having Gollum sing the Scatman song is pretty funny and with the AI it’s even better since one can imagine what the movie might have been like if even a part of this had happened. In some warped, parallel universe it’s fun to imagine what might have occurred had Gollum been allowed to speak in a way that had to be deciphered in order to really understand him, but then again if he was speaking in scat it would likely make a lot of people think ‘wtf’ even if some folks managed to get a good laugh out of it. Admit it, you might not have known what to think about the video at first, but once it really got going it was pretty funny.

Gollum is one of the easiest characters in all pop culture to malign since he’s kind of a pathetic individual that can’t do much and yet is too dangerous to turn your back on since he’s about as devious as they come. As far as villains go he’s weak enough for a hobbit to take down, but when it comes to the waiting game he knows how to pick his spots.