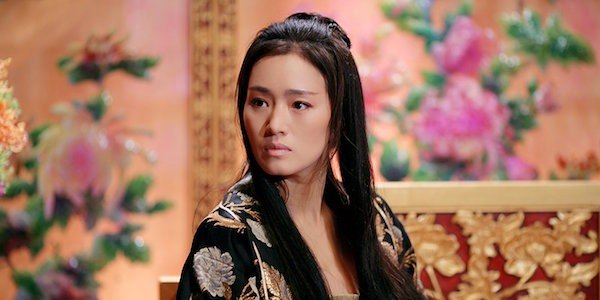 Gong Li is an actress from Singapore, though she was born in China. She’s an actress who has been working for a long time, which means she’s one of the most famous faces in her industry. She’s good at what she does, but she’s not someone people know very well. She’s a private woman who doesn’t share too much with the public, but she also does share enough to keep us all interested in who she is and what she’s up to. We thought we might learn more about her and share.

She comes from a big family, and she is the baby of the family. She has four older siblings. Her mother was a teacher while they were growing up. Her father was a professor. He taught economics when she was growing up, and we imagine that this was a household in which education was absolutely the most important aspect of growing up.

She’s an educated woman. She graduated college in 1989. She attended the Central Academy of Drama. This is a school located in Beijing, and she learned a lot there. She was accepted into the program in 1985, and she did it in four years.

While she was still at the university, she was discovered. We don’t know how, exactly, but we do know that she was discovered by a man who was looking to become a film director. His name is Zhang Yimou. He asked her to star in his first directorial debut film, “Red Sorghum,” and it all worked out for both of them.

5. She Was in a Public Relationship

When she was discovered, she also began a romantic relationship with the man who discovered her. She and Zhang Yimou were together for almost a decade from 1987 to 1995. They worked on six films together in that time, and they kept their relationship very private. It did not work out for them romantically, but they’ve continued to work together over the following decades.

She surprised everyone having just come out of such a long relationship with her director boyfriend when she got married in 1996 to a man by the name of Ooi Hoe Seong. They got married in Hong Kong. He’s a tobacco tycoon from Singapore.

She is a woman who likes to give back. She’s a Goodwill Ambassador for the United Nations’ Food and Agricultural Organization. It’s been a labor of love for her, and it’s something she really does love and enjoy. She’s happy with her role, and she’s been giving back since she began this role in 2000.

It was another shocking announcement back in 2010. She and her husband had been married for nearly 14 years when they announced that they were ending their marriage. We don’t know if they had an amicable divorce or if they simply decided not to bother with one another anymore, but they ended things and she kept the rest of her dating life quiet after that.

She might not be a very outspoken or public person when it pertains to her personal life, but she’s been in the media again lately for getting married again in 2019. She married a French Musician by the name of Jean-Michel Jarre.