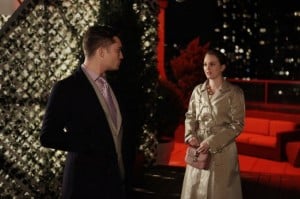 Gossip Girl is returning this fall to The CW for its swan song final season and will end its run before the end of 2012.

When we last saw our favorite Upper East Siders, Serena and Blair once again parted ways as enemies after Serena’s mess with Gossip Girl resulted in public humiliation for Blair.Â  After bringing Dan into the mess, Serena was rejected by him.Â  Realizing she was once again all alone, the elder van der Woodsen fled New York.

Meanwhile, Chuck and Blair seemed destined to end up together untilÂ Chuck realized that he needed to be on his own in order to really make something of himself.Â  But Blair put the kibosh on that plan when she showed up in Paris, telling Chuck that she was prepared to support him from now on.Â  To refresh your memory about last season’s finale, read our recap.

A short synopsis from The CW reveals a few spoilers for season 6: “Season six opens with the Upper East Siders working together to find one of their own. Serena has gone off the grid, beyond even the reach of Gossip Girl. Her friends fear for the worst and hope for the best, but even they can’t imagine where they will ultimately find her. Meanwhile, Blair has offered Chuck her heart, but is her love enough to help him win back his empire? Lonely Boy Dan has written a new book that promises to make even more trouble than the first, and this time he has no desire to remain anonymous. Nate is determined to finally reveal the true identity of Gossip Girl, thereby making a name for The Spectator, and himself. Lily and Rufus turn on one another when Rufus makes a surprising new ally who threatens Lily and her family. Anywhere else it would be too much drama to handle, but this is the Upper East Side. And when Bart Bass, Jack Bass and Georgina Sparks show up to raise hell, it’s a fight to the spectacular series finale. Who comes out on top? That’s one secret I’ll never tell… xoxo, Gossip Girl.”

The first trailer for Gossip Girl’s sixth and final season has been released and you can watch it below.Â  The series returns on Monday, October 8.