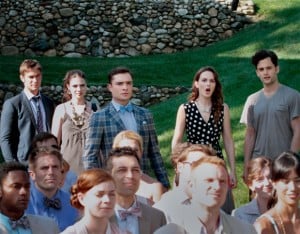 It’s time to bid farewell to the Upper East Side, Gossip Girl fans. Â For over five years we’ve watched these crazy NYC kids juggle high school, college, businesses (even though they’re not old enough to really run a business), relationships, family drama and friendships, but all things must come to an end.

The two-hour series finale of Gossip Girl will air on Monday, December 17 beginning at 8:00 p.m. Â The first hour will consist of a restrospective about the show which will feature “a look back at the unforgettable OMG moments of the series that made headlines, including interviews with the cast and creators themselves.” Â The second hour will be the scripted series finale. Â Viewers will also be treated to a sneak peek of The Carrie Diaries, which is based on the Sex and the City prequel novel of the same name by Candace Bushnell. Â The Carrie Diaries (watch a preview) will be premiering inÂ JanuaryÂ 2013 and will likely take over Gossip Girl’s spot on The CW schedule.

A new episode of Gossip Girl was supposed to air this past Monday but wasÂ bumpedÂ because of Hurricane Sandy. Â That episode (watch a preview) has beenÂ rescheduledÂ for November 5.

Remember to keep an eye on ourÂ Gossip GirlÂ pageÂ for all of our previews, sneak peeks and spoilers for the final season.