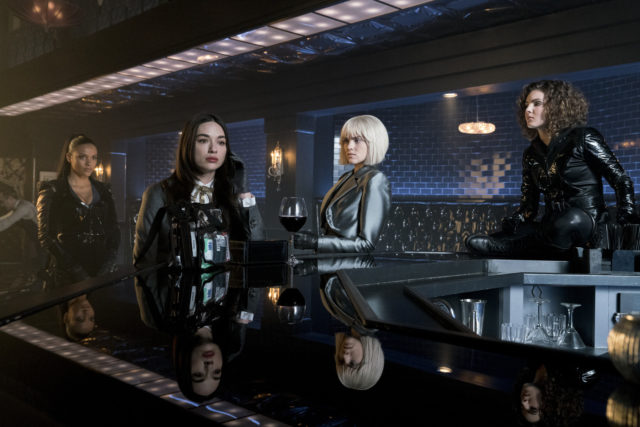 Wow. When I first watched the mid-season finale ofÂ Gotham,Â I was constantly surprised at the twists and turns and the resulting status quo that will take effect when the show returns next year. Gotham City has a new look, feel, and power structure, alliances have shifted, and characters have changed. Of course, in order to be as effective as possible in this endeavor,Â GothamÂ had to make some more deviations from its comic book source material, but I’ve generally found that shows following their source material more loosely works out better to give the show higher stakes and better shock value. This episode lends that theory credence, as it gaveÂ GothamÂ both of those things.

One of my long running questions I’ve had concerns Sofia’s motivation. I never quite had her pegged as she played Gordon and Penguin like fiddles to get what she wanted After last week’s episode, I was sure that I had her completely figured out. Needless to say I was mistaken. I did not realize the magnitude of her plan and the lengths to which she would go secure her own power as the new ruler of Gotham City’s underworld. I expected her to play Jim and Oswald against each other to her own gain. I did NOT expect her to be behind Professor Pyg, or to hire him to shoot her and take out her father. Alas, Carmine Falcone will not live to see the days of Batman in Gotham City, but with his death and Penguin’s imprisonment, Sofia Falcone now has the bulk of the power, and the allegiance of Barbara Keen, Tabitha Galavan, Selina Kyle and Victor Zsasz to boot. She also has Jim Gordon and the GCPD under her thumb, much like Harvey Bullock predicted.

“Queen Takes Knight” was an exercise in shifting loyalties and betrayals. As the episode went on, the reveals were more and more surprising, and they all culminated in Sofia’s reveal to Jim about her true motivations, but the episode was sprinkled with others. For instance, Victor Zsasz believes that Penguin is responsible for the death of Don Falcone, so he corroborates Sofia’s story about the death of Martin. It was a swift and poignant betrayal, as Zsasz has symbolized the ruler of the underworld by where his loyalties lie. Now that his allegiance is to Sofia (though under deceptive circumstances), she is established as the ruler of Gotham’s underworld.

I have been harping on the Bruce Wayne story all season, but it’s time to give credit where it’s due. Mostly, we’ve seen a teenage Bruce acting out and becoming a rich frat boy because he’s trying to distract himself over killing Ra’s Al Ghul. This has been the weakest story on the show during the entire season and episodes have skipped it entirely. But in keeping with the general theme of betrayal and fractured relationships, Bruce and Alfred come to physical blows over the situation. Though Alfred regrets it, Bruce escalated their conflict by emancipating himself and relieving Alfred of his duties. The build to this moment between these two characters wasn’t always necessary, but the payoff was well worth it.

Overall, this was an extremely strong finish to a mostly strong half of the season. I’ve never been more excited for the second half of Season 4.