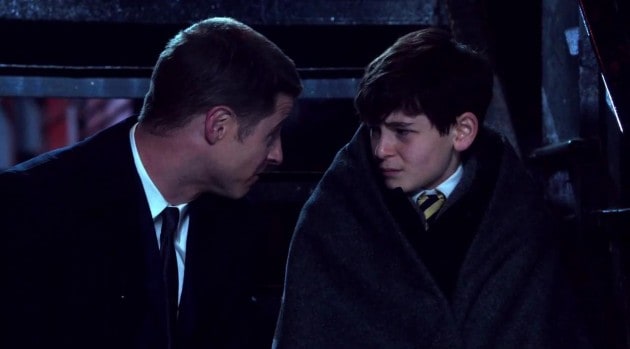 This week on Gotham, Gordon and Bullock battle Scarecrow, Fish Mooney kills her way to the top of a prison gang, Penguin faces off with Don Moroni and…Bruce Wayne wanders around in the woods, throws some rocks, and falls down a hill.

Even though I broke my promise and have continued to watch Gotham after the midseason break (and do think it’s getting better overall), one of its most glaring problems remains: how it handles young Master Bruce.

This was always the concern about Gotham, even back before the show aired. The Wayne murders were the catalyst to get the show rolling and introduce us to Jim Gordon, but they came with the stipulation attached that Bruce Wayne would have to be part of the show.

Now, we see a character that will eventually become the center of this universe, but currently, he is more often than not a waste of space. He’s not even in half the episodes, and when the show bothers to remember to include him, he’s almost always doing something not at all related to the central plot.

I don’t really have a problem with the actor. He does pretentious, but goodhearted rich kid well, and lord knows that Alfred is one of the best characters on the show. But their plotlines? They leave a lot to be desired.

This week was probably the worst example yet, where Bruce goes on a “family tradition” walkabout in the woods, meant to presumably be a mini-version of him hiking out to go train with Ra’s al Ghul. And yet it’s comically unscary. Bruce trips on a rock, and in a fit of rage, throws the stone deeper into the woods. “This rock killed my parents!” you expect him to shout. 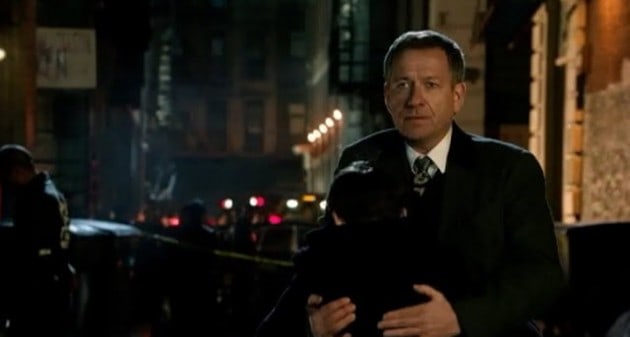 Later, he slips again and tumbles down a hill, having to spend half the night climbing back up. When he does, he finds Alfred there with a warm campfire, and learns a valuable lesson about being tough. Or something.

This is a worse than usual example, but so far Bruce Wayne is an incredibly isolated figure in the show. He was only relevant during his parents’ murders, a case which has largely been forgotten about by the show, even though I thought it was supposed to be a season-long arc at the very least. Or he becomes somewhat important during one episode where he shelters Cat from assassins, and the two of them have to go on the run. I don’t even mind the total invention that Bruce and Cat were childhood friends, as many fans do, but something interesting has to be done there. Their relationship is cold at best and weird at worst, like when Cat out of nowhere constantly asks a befuddled Bruce if he wants to kiss her. It’s just so awkward and forced. I’d love to see the two of them have a real friendship, not some strange, 13-year-old, will they/won’t they situation.

Right now, Gotham doesn’t really know what to do with Bruce, and I can’t blame them. The premise of the show has made him just too young to be able to do anything interesting, other than what essentially amounts to advanced boy scout training. This isn’t Smallville, where Clark Kent spends ten years from freshman year of high school onward developing his powers and forging his initial allies/enemy relationships. Gordon is in that role here, while Bruce is not given anything to do.

Batman’s story just doesn’t really start until he goes full-out ninja training and building all his gadgets. Bruce is still at least a decade away from even really starting that process, and the show has yet to come up with anything interesting for him to do in the meantime. And it’s also a bit dull because we know where all of it is heading, and the show is likely to end well before anyone even utters the word “Batman.”

Gotham has done a lot to improve itself in this second half of the season. It’s no Arrow or Â TheÂ Flash, but it’s more watchable than it used to be. That said, Bruce’s plotlines almost seem to be getting worse, if he hasn’t disappeared from episodes altogether most weeks. It always seemed like something of a mistake to include him in the story in such a major role at such a young age, and now that’s becoming a major issue for Gotham.