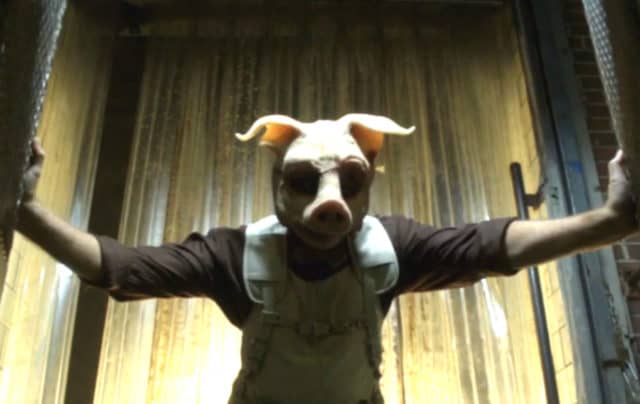 The current season of Gotham is seeing a number of new Batman super-villains making their way onto the TV screen. For example, one of the latest is Professor Pyg, who stands out from some of his counterparts in that he is a much more recent creation compared to them, having been introduced in the comic books in 2007.

What Can We Expect from Professor Pyg on Gotham?

On Gotham, the viewers can expect a number of things from Professor Pyg. For example, he is a serial killer who is focused on the corrupt members of Gotham’s police force. Furthermore, he intends to use that as a means of comparing himself with James Gordon. This is a curious departure from how Professor Pyg is depicted in the comic books, but depending on the actual execution within the TV show, it might not be an unwelcome one.

What Else Do We Know about Professor Pyg?

For those who are curious about the character from the comic books, well, it should be mentioned that there are numerous Batman super-villains who have mental health issues, but Professor Pyg was created by Grant Morrison and Andy Kubert to seem authentic in how disconnected he is from reality while remaining a dangerous threat. As for his name, while he has been known to wear a pig mask, the spelling might have clued interested individuals into the fact that he was named for “Pygmalism,” which in turn, is a reference to the George Bernard Shaw play called Pygmalion.

In turn, both “Pygmalism” and Pygmalion are references to the story of Pygmalion, a sculptor who showed no interest in women but for some reason, fell in love with a statue of his own making. As a result, he prayed to Aphrodite for a bride who looked like his beloved statue, with the result that the Goddess of Love granted his wish by causing the statue now named Galatea to come alive. The couple are said to have had a child named Paphus, who went on to become the namesake of the city of Paphos.

Given this information, it should come as no surprise to learn that Dr. Pyg is obsessed with making people “perfect,” which tends to have rather unpleasant consequences for those who fall victim to him. For proof, look no further than his Dollotrons, which are those of his victims who have been subjected to brain surgeries, genital mutilations, and other horrors before having masks fused to their faces. Considering that Dr. Pyg had enough Dollotrons to make up a small army, it is clear that the character from the comic books is both mad and monstrous.

As for the character from Gotham, it remains to be seen exactly what he will be like, but what has been revealed suggests that he will be mad and monstrous as well. Those who are interested can learn more by continuing to tune in on Thursdays, which should let them see how Gotham has reimagined not just Dr. Pyg but also a wide range of other Batman super-villains.