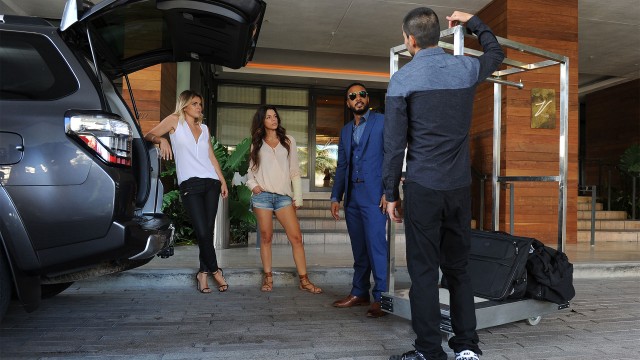 This week’s GracelandÂ begins with poor Johnny riding with the Soto boys in a van headed to Tevan’s funeral. Thankfully, the FBI agentÂ learns that the gang is not in possession of the sarin gas, just your typical semi-automatic guns, so in a way, it’s no biggie, except that a bloody outcome is still in the cards. Of course, Mike and Paige, who are on their way from Santa Barbara, are not aware of this, which causes Mike to rush to the scene. In the process, they almost die on the road when Mike drops his phone while dangerously speeding. It’s a powerful opening for the penultimate installment of Season 3. That said, while on the phone trying to get backup to get to the scene, Paige delivers one of the funniest lines of the episode, when she instructs the tac team to Google the address of the place where the rival gangs will be battling it out.

Soto Street, meanwhile, ruthlessly opens fire, first outside the church, which results in the efficient neutralization by a rain of bullets of the custodians guarding the service. The shooting and its inevitable ruckus alerts everyone inside, causing people to hide in a back room, where Paul attempts to keep everyone safe. As it always happens, the bravado of one of Martun’s men transforms into idiocy when he exits the room and decides to face the Mexican gun on his own. Paul follows him, and as the Soto members are ready to eliminate anyone breathing, Johnny blows his cover and stops the mass murder from getting more extensive, just long enough for Paige, Mike, and the guys who had to Google the address to get there. Even though the situation could have been considerably worse, especially taking into account that the worse case scenario involved sarin gas, there are still plenty of casualties. And still, the sarin is missing; therefore, it continues to pose a threat.

Paul flees the scene, followed by Paige and Johnny, while Mike handles the arrangements for everyone who survived the rain of bullets. The survivors are put in buses that is heavily guarded by law enforcement, which is a smart move. However, Martun has decided that because Soto Street broke their truce, he will kill them all, which again, is a chain reaction to the plan that Briggs set in motion. At this point, Paul’s actions continue to be questionable at best.

Back at Graceland, Briggs is cornered by Paige and Johnny, but he still asks them to see his plan through. However, they have had enough. Many lives were lost, the Gracelanders themselves were in jeopardy, and Paul has lost his credibility AND possibly his mind. Johnny is rightfully upset and refuses to let Paul leave his room. Tension escalates, and the FBI agent pulls a gun on the mastermind, who has continually played them and failed to give a logical explanation regarding his endgame. Paul, for some reason, doesn’t believe that Johnny has it in him to pull the trigger and pushes it, which results in his friend shooting him on the leg. Manny Montana’s character not only stopped the shooting at the church but has now rendered Paul incapacitated to get involved in more shenanigans. The cherry on top is that Briggs getting shot by one of his own, surprisingly, had a huge pay off. I, for one, let out a sigh of relief.

When Mike finally arrives at the house, it is his turn to confront Briggs, who tries to convince Agent Blue Eyes (and probably himself) that if he had followed Logan’s original plan, he would, indeed become the Bureau’s sin eater and end up in jail, while if Mike was to arrest Martun, the outcome could be different. It is a bit far-fetched, but once again, I put my faith in the writers and will try to go with it, in spite of my eyes rolling.

Additionally, when Mike asks Paul about the gas, Paul confesses that he had dropped hints about it to the Sarkissians, so they would try to use it against Soto Street, after they pit the two gangs against each one another. Cut to Gusti calling Mikey just to let him know that the buyer called him, and he is about to hand over the gas. For unexplainable reasons, Mike goes to meet Gusti and Martum solo. I was secretly expecting Paige to either tag along or tail him, but no. Apparently, no backup sounded okay for reasons that are still beyond me.

While Mike is on his way, Gusti is closing the deal with the mafioso, and in order to prove that the gas in fact kills, he sacrifices the rat Paul had given him. Content with his buy, Martun decides to pull a gun on the boy, handcuff him to his car, and steal Vin’s vehicle, a countermeasure that makes zero sense. The Sarkissian leader is in fact a cold-blooded killer; however, he spared the life of the person who sold him a lethal weapon? Why? Other than because the audience adores Gusti, I don’t comprehend how he made it out alive, and whatever the viewers’ feelings are, Martun shouldn’t care because he belongs to a different universe. Secondly, taking Gusti’s car would be fruitless since he still left the kid alive, and he can tell the police his plate number, so why even try? And why downgrade?

Once Mike gets to Gusti, it’s too late: Martun has left with the gas and the rat. Again, Sarkissian might be insane but his actions can’t really be explained. For a psycho like him, wiping Soto is a plan, but how does taking the rodent with him factor into that? Did he take it as a memento? Anyway, Gusti is fast to put two and two together but shocked that Mike is, well, Mike. And speaking of the devil, Agent Warren calls for backup. Mike, I love you, and I enjoy seeing you in charge, but even if you were trying to stop the sarin from changing hands, couldn’t you or any of the Gracelanders have alerted the people who need to Google directions that Soto Street was in imminent danger? I do get that that would mean letting them know that Mike, Briggs, Paige and Johnny knew about the sarin, but at that point, are there any other options?

Moving on. A marked Martun threatens to eliminate every Soto member and beyond, Theresa and everyone else pull their guns at him, while helicopters hover the area, and Mike tries to convince everyone to stop doing everything they are doing. Then the rat plays his part as Mike sees that the animal is alive, and he doesn’t blink before shooting Martun through the canister that, obviously, does not have sarin inside.

Cut to later. Martun is arrested and will be charged with terrorism. It is unclear if Gusti faces similar charges, but if logic applies, heÂ should. Regardless, the boy is not mentioned while Paige and Mike are discussing why Briggs wouldn’t tell them his plan. Paige’s theory is what we have all been thinking so far: otherwise no one would have played their parts. I still have some issues with a couple of elements, but, once more, I’ll trust the writers. On a side note, I must highlight that this new version of Pike is very gratifying to watch.

Later on, Mike goes back to Graceland and punches Paul in the face. Again, it was enjoyable to watch Briggs paying for what he did to his own team, yet my fear is that the situation might be irreversible. Because he is always ten steps ahead of everyone and even has Jakes working on his exit strategy, Paul knows that he might be done, but how about the rest of them? Everyone decided to keep the existence of the not-really-sarin hush-hush. We’ll have to wait and see.

Meanwhile, the plot of this week’s GracelandÂ focused onÂ Charlie and Jake, who now have Paolo’s money in DJ’s fake bank and the ATF guys need to count the cash. Smart as he is, and betraying Charlie for a second, Jakes manages to comb the sum that Briggs asked and hides it underneath his mattress at the hotel, which proves to be a terrible idea, since Courtney, whose relationship with the ICE agent has progressed significantly, finds the money.

In parallel, Charlie’s feelings are unravelling. She is still mourning the loss of her pregnancy, and having arrested Germaine, she has no focus. Inevitably, the agent feels alone and heartbroken, which is gut-wrenching to watch. Luckily, Jakes, who is a great friend to her, tries his best to lift her spirit.

“Dog Catches Car” was a high-octane episode in every single sense. However, a few loose-ends and possible plot holes were bothersome. At the end of the day, it was still enjoyable to watch the episode, and it will be interesting to see if the whole team can come together for the last hour of season 3.

With only one episode left, there are many things we could be theorizing about. Paul getting in hot water or escaping, Ari still unpunished for everything he’s done, the money at play with Courtney and Jakes, Charlie potentially leaving the FBI, Pike, Gusti, and the possibility of Graceland being terminated by every single agency involved. Simply put, the stakes are high, and I can’t wait to see what happens next. That stated, I am worried. The series ratings have not been very encouraging. I do expect the season finale to pull better numbers, and I hope that along with some better numbers, fans being as vocal as usual might be enough for USA Network to keep the ball running. Otherwise, “No Old Tigers” could potentially be the show’s last installment. Fingers crossed so that is not the case. 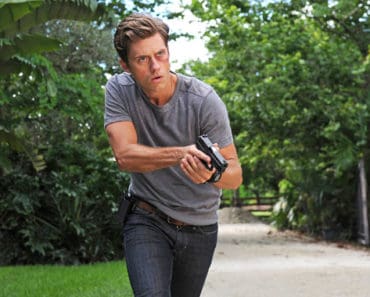 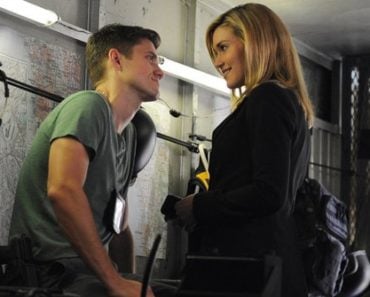 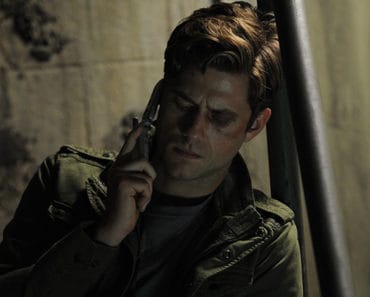