Home
Grandfathered
Grandfathered and The Grinder Get Off to Decent Starts, Agents of S.H.I.E.L.D. Up From Season 2 Finale 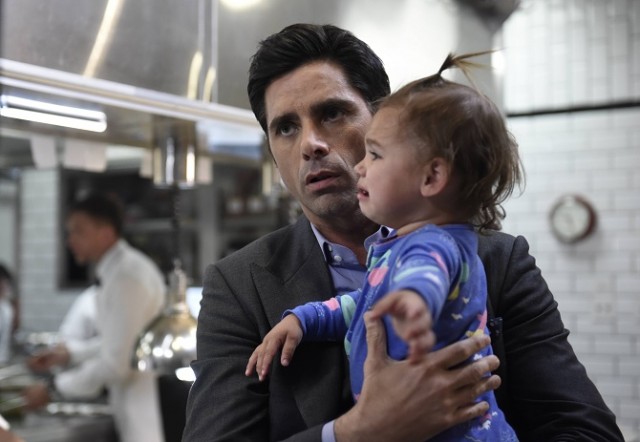 John Stamos and Rob Lowe helped FOX garner decent ratings on Tuesday night with the premieres of their new shows GrandfatheredÂ andÂ The Grinder. As part of the network’s new Tuesday comedy block,Â GrandfatheredÂ outdrewÂ The GrinderÂ in total audience, with 5.3 million viewers versus 4.9 million, but bothÂ sitcoms did the same in the oh-so-important 18-49 demo, each netting a 1.5 rating.

Compared to last year’s disastrous UtopiaÂ (2 million viewers/0.8 rating), GrandfatheredÂ andÂ The GrinderÂ are big improvements for FOX. Additionally, both comedies performed better than the most recent finales ofÂ New GirlÂ andÂ The Mindy Project, which had anchored FOX’s nine o’clock hour together for the past three years (New GirlÂ will return at midseason, whileÂ MindyÂ was cancelled by FOX and picked up by Hulu). Following the okay starts that bothÂ GrandfatheredÂ andÂ The GrinderÂ had, Scream QueensÂ nabbedÂ 3.6 million viewers and 1.4 demo rating, down 10 and and 18 percent from its two-hour premiere last week.

Also dropping in the ratings after its rather successful series launch was ABC’sÂ The Muppets, which was watched by 5.8 million people and had a 2.0 rating, down 30 percent from last week’s premiere. However, those numbers didn’t stopÂ Agents of S.H.I.E.L.D.Â from improving upon its Season 2 finale ratings. While the Marvel series was down from its Season 2 premiere (6 million/2.1), the show’s third season opened to 4.8 million viewers and 1.7 demo rating, up almost a millionÂ in totalÂ viewers and eight-tenths in the demo from its last episode in May (reportedly, these are S.H.I.E.L.D.‘sÂ best numbers since Season 2’s winter finale, which aired last December).

Lastly,Â LimitlessÂ was the only new Tuesday show to retain its audience. The CBS procedural’s numbers were steady with the ratings for its premiere, as it drewÂ 9.6 million viewers and a 1.9 rating.