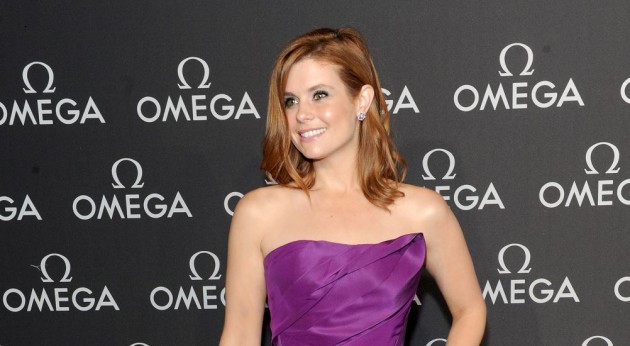 The new series focuses on Stamos’ Jimmy, a successful restaurateur and man-about-town who is used to being the most suave, most handsome, and most single person in the room. But all that changes with the surprise appearance of Jimmy’s adult son, Gerald (Josh Peck) and his baby daughter, Edie, causing Jimmy to straight from single to grandfather in six seconds flat.

Swisher will play Sloan, “a cute and bubbly girl who works in the admissions office at a prestigious, selective preschool that Jimmy is trying to get Edie into. Jimmy hooks up with her, causing complications with Edie’s preschool admission prospects.”

As mentioned above, Garcia currently stars on ABC’sÂ The Astronaut Wives Club, which just aired its first season (and most likely series) finale last week. Her other TV credits includeÂ Once Upon a Time, The Mindy Project, Reba and Privileged.

Grandfathered premieres onÂ Tuesday, Sept. 29, at 8 p.m. on FOX. If you want to know what we thought of the pilot, you can check out our first impression of the episodeÂ right here.