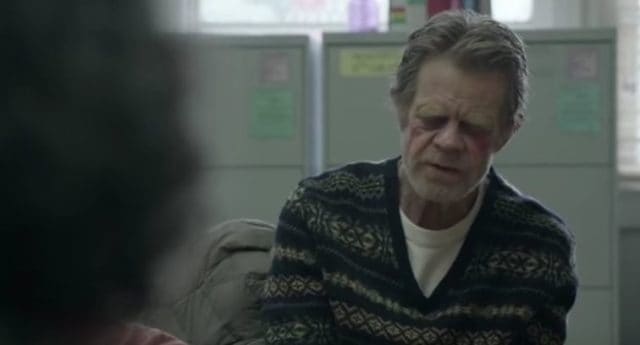 As you might already know I’m going through Shameless withdrawal and already mentioned how season 8 can’t come soon enough.Â  Well, if I can’t have my fix of new Shameless then I can certainly rehash some great older moments.Â Â  This is why I’m creating a segment on this website called “Great Moments from Shameless.”Â  It’ll give us Shameless fans a chance to bond, smile, and reminisce about the finer moments that have appeared on my favorite show on television.

We’re going to start off with a moment from season 4.Â  This is a scene in which Frank Gallagher has a meeting at Carl’s school.Â  Parents and students who have been bullied by Carl are gathered together expecting a huge apology.Â  However, the twisted yet way more intelligent than anyone else in the room Frank Gallagher goes off on a tirade not only protecting his son Carl but also making a speech about how bullying is vital to society.

The funny thing is that while we all know had bad bullying is, when you listen to his speech you sort of have to believe him because his logic makes complete sense.Â  It’s why Frank Gallagher is such an awesome character.Â  He could use his own intuitive powers for good, but insists on using them in order to “stick it to the man.”