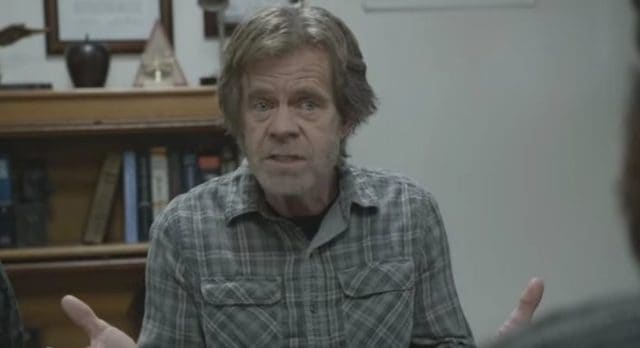 There’s no denying that Frank Gallagher is one of the most despicable characters in all of television.Â  Which is why it’s so impressive that a man who can be so unacceptable in our and society’s eyes, can be so loved by such a huge fan base, including myself.Â  Part of the reason you have to love Frank Gallagher is because everything he does and says is by choice.Â  He’s a drug addict by choice.Â  He wrongs society by choice.Â  What he does is awful but it’s by his own volition and Frank 100% owns up to that and never waivers, even if it’s at the expense of his health, family, or anything else that we would deem important.

Perhaps no better in the show does Frank express his true attitude about society and being a human being than when he has conferences at his children’s schools.Â  These are the times when the writers on Shameless really do their twisted job in justifying all the wrong that is Frank Gallagher.Â  And yet when you hear him speak you almost have to agree with him because as twisted as he might sound, he always uses sound logic to make his points.

In Season 6, Frank talks about freedom and I’ll just let the clip say it all: