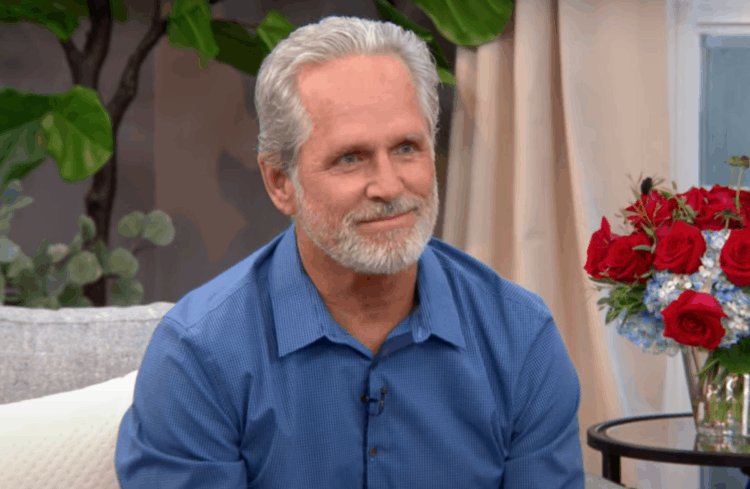 If you know soaps, you are about to see a lot of Gregory Harrison. He’s the new Gregory Chase on the hit ABC daytime soap, “General Hospital,” and it’s a big deal. This is a classic role, and he’s the man they chose to take it over. But, who is Gregory Harrison? We know a little about him from his work life, but we don’t know too much about anything else that he’s done. What his life has been like outside of his acting career is relatively mysterious to us, and we thought we might change that. He’s about to be on our television screens every single day of his life, after all.

We know you think that we just made that up, but we did not. He is actually 70-years-old, and he looks amazing. He looks so good that we would never believe he was born on May 31, 1950. But, he was.

What’s so interesting about where he is from is that he’s from an island. Not too many people live on the island of Catalina, which is what makes it so cool. He was born in Avalon, Santa Catalina Island, California. That’s a cool place to grow up, right?

He’s married, and he has been for a very long time. He got married when he was only 30-years-old, which would be the year 1980. He married Randi Oakes, who was an actress and a model. However, she left her job in the business when she was pregnant with their first child, and she’s been focusing on the kids ever since. We love that 2020 marked 40 years of marriage for them.

During his first decade of marriage and parenting, he went through some rough times. He became addicted to using cocaine, and he knew he needed help. It’s a dangerous drug, and it can kill you. If it didn’t kill him, he didn’t know if his family would hang out and watch him kill himself. He went to Betty Ford, got the help he needed, and he got clean.

6. He Lives in Oregon

He and his family did not stick around California despite the fact that he is an actor. He and his wife decided that they wanted to live in Oregon, and the were in Gold Beach for 15 years. Now they live in Eugene, Oregon, which is a beautiful place.

He spent two years of his life enlisted in the army. He was a medic during the Vietnam era. We cannot imagine those were easy days, but he did it. He took the time to help those who needed him the most, and he did it. He came home, and he then focused on his own life.

The one thing he loves the most in life is to surf. He’s been all over the world for the purpose of doing just that. He loves to be in the waves, and on top of them, and he’s been to most of the best surfing beaches in the world to have fun with his favorite hobby.

Zac Efron’s mom is Starla Baskett. She went to high school with Gregory Harrison. In fact, she is a year older than he is (she had her son later in life), and they knew one another. He had a massive crush on her, and we go back and forth between wondering what would have happened if they got together and being thankful that they didn’t. What would life be without Zac Efron?

Gregory Harrison does not share much of his life. He’s not a man who likes the press to be in the middle of his business all the time. He prefers to spend his time with his family. He enjoys things like being with his wife and their kids, and he’s not someone who likes to bother with being an over-sharer in a world full of them.