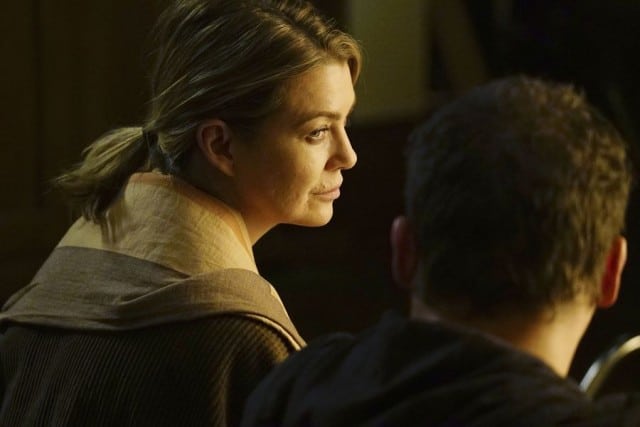 It was a tough day for the doctors of Grey’s Anatomy. Professionally they are at the top of their game, There was not one, not two, but three breakups. Let’s recap who the casualties were.

We had such high hopes for Meredith Grey moving on from her McDreamy years. At the very least she deserved to have some fun. Her first night with a man since Derek, which is basically the first guy she’s been with in a decade, goes right until it doesn’t. The morning after starts with Meredith screaming at Will to get out. Maggie tries to talk to Meredith, but she insists on spending the day cleaning the house. Amelia doesn’t really want to talk about what happened with Owen either, but she needs the day away from him to think. Meredith is so upset she lets Amelia stay, so long as she helps her clean the house. So Maggie, Meredith, and Amelia call in sick, stay home and clean the house. Alex comes running later and joins the girls for their day of cleaning. Maggie thinks this therapy session is for her sisters, but they end up pointing out that Andrew is giving her the brush-off. When she confronts him he doesn’t put up a fight. Did anyone find an amalgamated name for them before they broke up? Breakup #1.

Back at Grey Sloan, Sofia comes into the ER with a cut on her head. With both of her moms unreachable, Penny takes care of Sofia. This would be awkward even if Penny hadn’t just told Callie she loved her, and it wasn’t entirely reciprocated in the way Penny thought it would be. Callie is uncomfortable that Penny treated Sofia when she doesn’t know anything about her. Part of it is that Callie would have preferred one of Sofia’s surrogate aunts or uncles to treat her. The other part of it is that Callie just doesn’t know how to respond to Penny’s declaration of love, so she lies and blames it on Arizona. Callie doesn’t want to take such a big step with Penny if down the line Sofia could get hurt, but Bailey encourages her to take a leap.

Richard is looking forward to Catherine coming home, but we all know Catherine Avery can multitask. She can spend time with her husband and fix her son’s life. Jackson forbids Catherine from interfering, but when has anybody been able to stop Catherine from doing anything? April can’t stand to be within five feet of Arizona after she told Jackson about the pregnancy. She spends the day avoiding Arizona as well as Catherine. Catherine obviously doesn’t listen to her son, and it works out. She doesn’t push April, she’s just there to listen. Their talk goes so well that April later finds Jackson and asks if they can give a peaceful conversation another go. Jackson thanks his mom for her meddling, until she informs him she got all the information they need to come after April for fraud.

During the entire day Owen has no idea where Amelia is. He tracks her down after his shift and apologizes for his behavior. He doesn’t make excuses for getting so drunk. Under normal circumstances it wouldn’t be a big deal. Except that Amelia only just got sober again, and Owen has been spiraling in his anger for some time now. Amelia can’t trust that Owen won’t put her in a situation where she’s tempted to break her sobriety. Breakup #2. At least Amelia has a home again with Meredith.

After finding Derek’s old blanket, Meredith stops cleaning. She admits to Alex that it was nice to be with someone again, but in the morning she panicked. It’s not that anything was bad, it’s that she didn’t expect it to feel so okay. Will comes by later to check on her and Meredith tells him she’s not ready. Will agrees to give her some space, but tells her that he’ll be waiting when she is ready, because he thinks she’s worth it. Breakup #3, sort-of.

Is there any hope for the wayward couples who met an end this week?

Grey’s Anatomy Season 12 Episode 16 Review: “When It Hurts So Bad”

With three couples taking a step back, there were a lot of broken hearts on this week’s Grey’s Anatomy.