Home
Grey's Anatomy
Grey’s Anatomy Review: The Way We Were 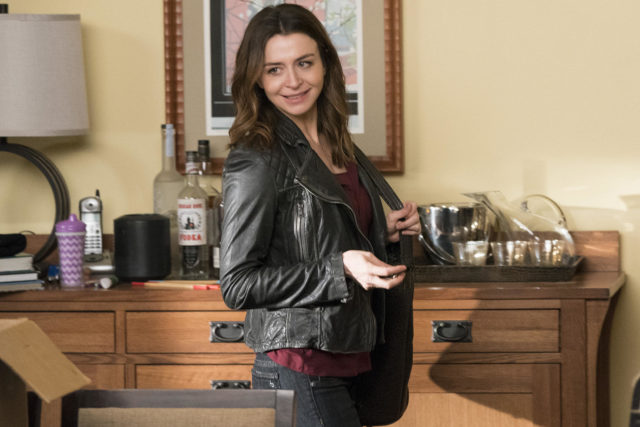 Did anyone else forget that there was an upcoming episode of Grey’s Anatomy about Maggie, Alex, and Jo’s pasts? In the wake of Bailey’s health crisis and April’s downward spiral, that one fell through the cracks. It was both surprising and delightful to see these three successful doctors as the awkward teens they once were. By awkward, we don’t mean the usual nerdiness, although Maggie encompassed every aspect of that. We mean that every single one of these people was considered an outsider when they were young. They didn’t fit, which isn’t necessarily a bad thing because they have now found a place where they fit perfectly. By looking at the past, and if April’s behavior is any indication, it is better to go through your rough patches in your youth.

There’s holding onto the past, and then there’s obsessing over it. Marie Ceron isn’t bothering to hide her hatred of her former friend, but she sugar coats her feelings toward Ellis with layers of heartbreak. In her version of the story, Ellis Grey stole work they did together, and presented it as her own to win a Harper Avery. Webber doesn’t believe a word Marie says. He knew Ellis Grey best, and while he loved her, he was not blind to her many faults. He suspects that Marie had the initial idea for the procedure, but Ellis took the research over the finish line. Inspiration does not equal putting in the work, but that’s the way Marie sees it. Meredith refuses to ruin her mother’s reputation when she is not alive to defend herself, so Marie refuses to give Meredith her patent. Talk about holding a grudge.

April has a big grudge, with God. She’s been spiraling because she’s having a crisis of faith. While many have watched, they’ve ignored it, hoping April’s behavior is just a phase. Maybe it is, but that doesn’t mean April doesn’t need someone to talk to. She finds that someone in Tom Koracick. Their scenes together were quite remarkable. In between the banter, sex, and Chinese takeout, Koracick pinpoints April’s problems with God, by revealing his own. Who would have thought that Koracick could speak to April’s pain, having lost his own son in a freak accident? This is the root of April’s pain. She never really dealt with her son’s death. She ran and ran until she had to come home to save her marriage, but by then Jackson was tired of being left alone. He had no choice but to stay and deal with the pain. She didn’t, and it caught up with her at a really random time in her life. (Though we know that Sarah Drew won’t be around for next season, could Greg Germann stick around?) 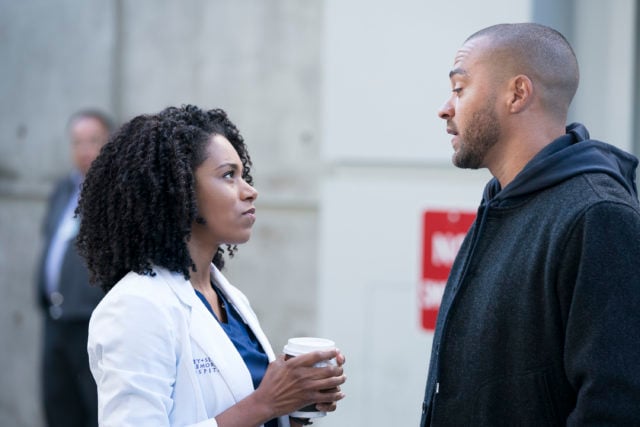 The flashbacks look to the past, but the good news is that no one in them is holding on too tight. Teenage Maggie was a bundle of giggles and flutters when she met her first love, her college lab partner. They cut up a cadaver together, and she was hooked from the first scalpel. But Maggie was socially awkward and inept, especially since she was always the youngest in the class. No normal person could be expected to understand Maggie’s love poem involving a cadaver. Except, Jackson is entranced by Maggie’s quirks. It wasn’t always clear how these two would fit together, but more and more, they show promise.

We thought we knew more about Jo after meeting Paul, but there was another love in her life before him. Jo had a high school love, and he was a pretty good guy. He thought Jo hung the moon, and wanted to start a life with her instantly. But for a girl who was used to depending only on herself, having an instant commitment was terrifying. She ran, and her next big relationship was a nightmare. Now she is at a place in her life where she has a true partner, a career she wants, and a future filled with more possibilities than she ever dared dream of.

By now, we know Alex’s story. Between an alcoholic, abusive father, and a schizophrenic mother (and later brother), Alex was equal parts strong and a mess. He never allowed himself to get close to anyone, and we get to see the origin story of that fear. The first time he brought a girl home, she saw his mother in the middle of an episode. Instead of feeling bad for Alex, she made fun of him and his mother at a party. At any age, that is cruel. But it certainly explains a lot about the early years of Alex Karev. Alex and Jo finally have their match in each other. Now there is nothing holding either one of them back. Hooray for the Jolex engagement! These two deserve a happy ending.

Lastly, in all of this, should we be worried that the people we don’t have to worry about is Amelia and Owen? There’s still time for them to give us a reason to worry, but for now, their new arrangement doesn’t seem to have a lot of drama. If it could stay this way for awhile, that would be great.

Did the new pairings feel like they fit organically? Should Jo and Alex get married before the end of the season?

The teen flashbacks on this week’s Grey’s Anatomy led to the most beautiful moment of the season.