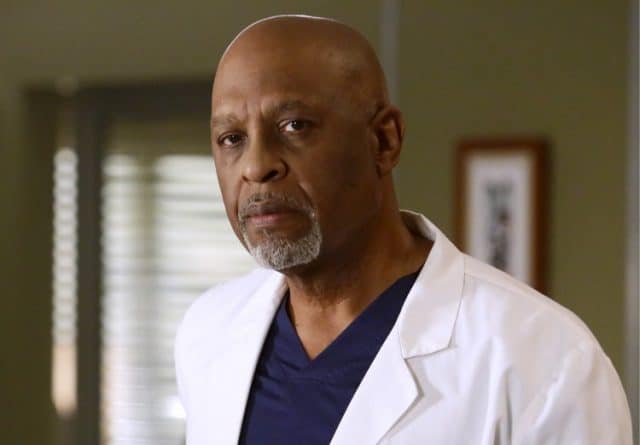 Nothing will get you alienated in a new job quicker than taking over someone else’s position, and the Grey’s Anatomy doctors know how to hold a grudge. When Dr. Bailey realized she would have to replace her mentor in order to implement the change she wanted to see in the residency program, she should have realized there would be push back. No one wants to see Webber pushed out of a position that brought in so many respectable doctors, including Bailey, Meredith, and Alex. Sure the system has its faults, but for those who studied under Webber, there’s no one better to continue teaching the next generation of doctors. Webber and his supporters aren’t the only ones who don’t want something to be fixed that they think shouldn’t be.

It would be easy to go over Bailey’s head since everyone on the Board would easily outvote her giving Webber’s position to Dr. Minnick. However, neither Webber nor Avery want to humiliate the Avery Foundation, or Bailey, in that way. It has to be said that Bailey is the first black female Chief of Surgery at Grey Sloan Memorial, and they cannot contradict her authority in a childish manner. At first they start putting a petition together, until Webber realizes he needs more than that. The attendings decide they will freeze Minnick out of their ORs to send a clear message that she is not wanted. Riggs hasn’t even been working at the hospital that long and even he is on Webber’s side. It proves to be a very effective method throughout the day, but Bailey is infuriated when no one shows up to a meeting to discuss the matter. Then she drops the hint that will tear Webber apart, because he has no idea his replacement was his wife’s idea.

Based on the information they gather from Alex’s criminal case number, Meredith and Maggie find out that there will be no trial and his sentence is ‘Indefinitely Postponed’. We assume this means that Alex took the plea and is in prison. Which is why Meredith spends the entire day going to every jail in the city searching for Alex. Arizona is sick to her stomach over Alex, so she needs the distraction of a big case. A husband accidentally crashing into his pregnant wife and the taxi driver who was taking the woman in labor to the hospital qualifies.

Owen spends the entire day searching for Amelia after she left him. It takes him awhile to figure out that Amelia is hiding out at Stephanie’s place. Amelia is sober, and she’s safe, but she’s not yet ready to talk to her husband. That conversation is going to take a lot of strength that she doesn’t have at the moment. Amelia has never fully healed from losing her child, and the fact that only a handful of people know about it doesn’t help. She and Owen won’t be able to move forward if and until she’s ready to share that part of herself with him.

Back at the hospital word gets out about Karev, and Warren in particular tries to be there for Jo. Warren tends to the good samaritan taxi driver. Both of them end up being there for Jo’s patient, since she can’t . Jo says how she is feeling without meaning to when she says “I don’t need to feel better.” She’s been dealt the bottom of the deck before, and because she believes Alex took a plea for her, she doesn’t want to feel better. At least Warren can make the taxi driver feel better by letting him know he saved at least one life today.

Neither Alex’s girlfriend nor his mentor want to feel better. On a day where she had to do surgery on a mother and a baby, with the added guilt since she told the mother to get in a position which compounded her injuries, Arizona needed her best guy. Instead she had to rely on Murphy, and then hear Minnick praise herself for Arizona taking her technique. She goes home and pours this all out to DeLuca, who is a little confused when she tells him Alex is gone.

It turns out Alex isn’t where anyone thinks he is. He was really was right under everyone’s noses the entire time, sleeping the day away in an unsuspecting Meredith’s bed. The question is why did he spend all day in Meredith’s bed? I get the feeling DeLuca’s confusion over Arizona’s grief might be part of the answer.

Is Alex going to prison, or did he get a last minute pardon?

The Grey’s Anatomy doctors mutiny against a new leader, not knowing one of their friends is nowhere to be found.