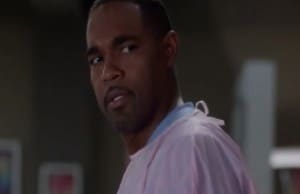 Tonight’s episode of Grey’s Anatomy is a game changer for Surgical Resident Ben Warren. The Chief of Surgery’s other half is going to be facing some very serious consequences, professionally and personally, when he is forced to make a split-second call on a patient that is beyond his experience or qualifications. The tension surrounding Ben has slowly, subtly been mounting, and tonight he’ll be faced with the consequences for the sum total of his actions.

For some time now the power dynamics between Ben and Bailey have been building towards a huge conflict. Ben’s extensive experience as an anesthesiologist prior to becoming a surgical resident not only gave him a headstart against his peers, he was perceived as having prestige based simply on the fact that he had already befriended most of the hospital board. You would think the problem would be that Miranda Bailey is the one in the position of power, but for some time Ben has been making very risky decisions. Whether it’s the pressure of his wife being the Chief of Surgery, or the pressure to prove himself among the other residents, Ben’s actions in tonight’s episode will put him in a potentially career-damning position. Ultimately it will be his boss/wife Miranda who could be making the final call on Ben’s punishment. This could have very troubling consequences for their marriage since, as you can see from the clips below, Ben’s choices are indirectly due to Miranda’s in this episode.

“There’s a Fine, Fine Line; It’s Alright, Ma (I’m Only Bleeding)”-Ben operates on a pregnant woman without the proper equipment while the hospital is on lockdown in the first part of this combined episode. In the second part, Ben faces possible disciplinary action for his choice when an advisory committee is convened.

Will Ben and Bailey’s marriage survive this, or crack under the strain? Tune in tonight to find out.